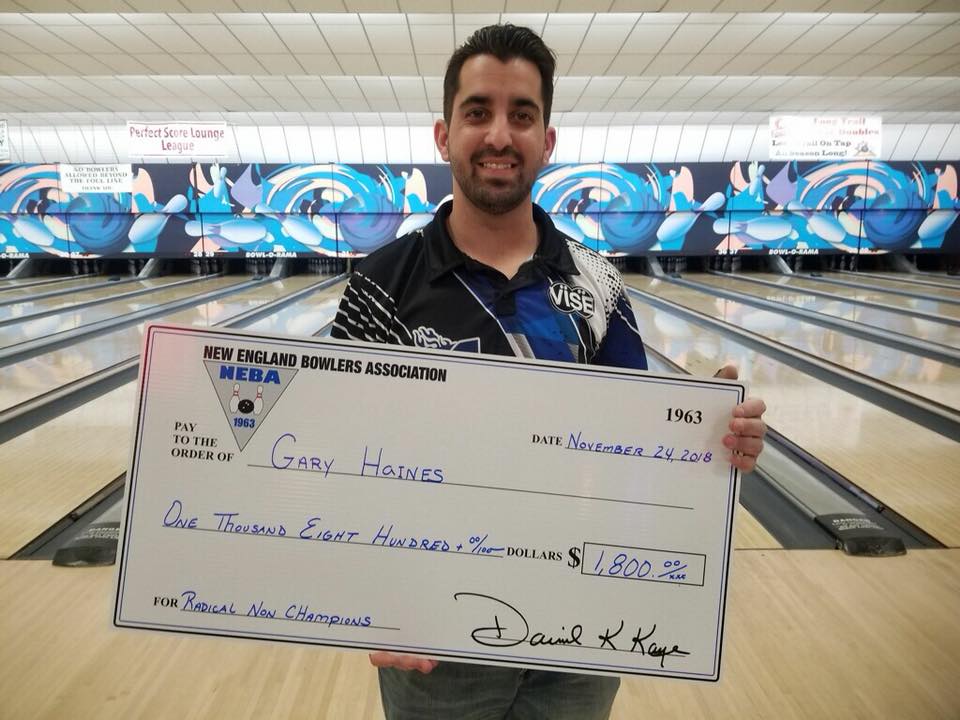 Gary Haines became NEBA's newest champion by winning the Rip Callahan Memorial Non-Champion's Tournament which was sponsored by Radical.  He defeated Paul Bajorski in a high scoring match 258-236.  Gary shot 1139 for third on the first squad.  After a one round bye, he defeated Rob Gotterbarn 247-203, Joe Talarczyk 258-215, Shane Holt 237-184 and Andrew Suscreba 278-246 in the semi-finals.  He averaged an impressed 255.6 for match play earning $1,800 plus a spot on the Brunswick Tournament of Champions the next day.  Thank you to the amazing staff of family at Callahan's Bowl-O-Rama for contacting NEBA to host the weekend after the original center closed and their support of bowling throughout the years.