$5,000 added to senior, women's and singles weekend in Manchester 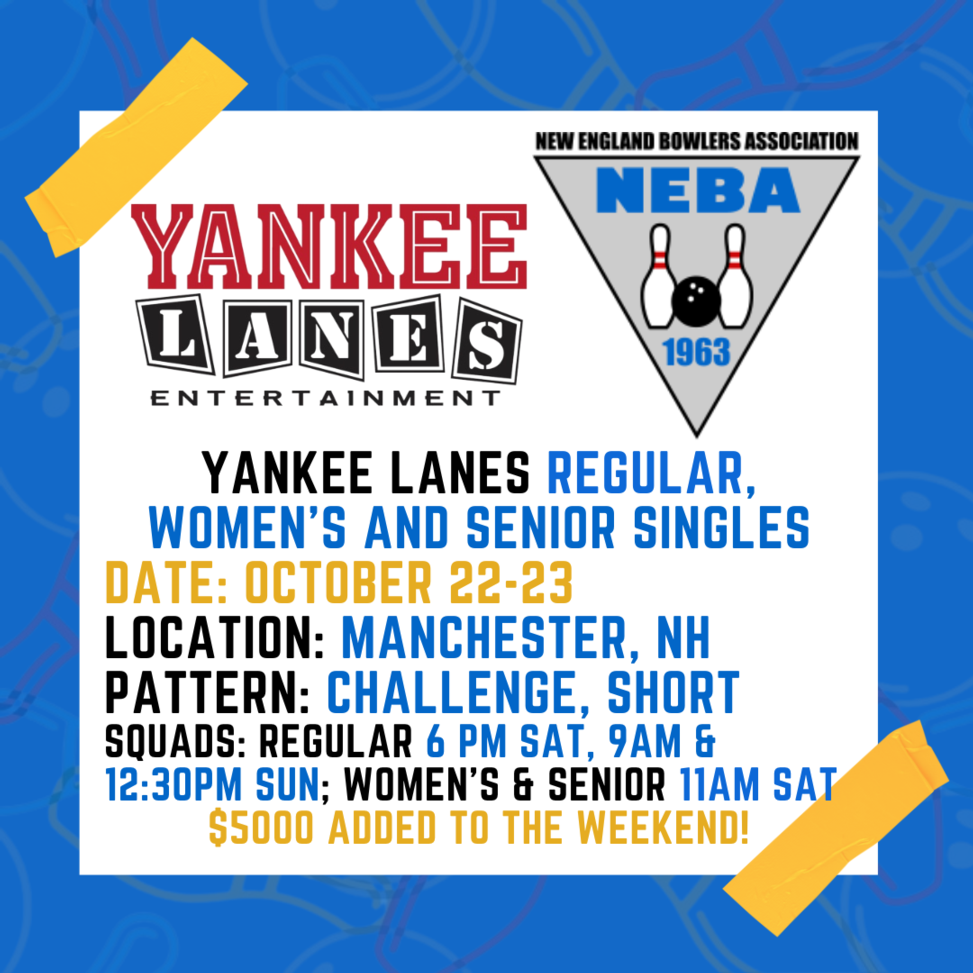 Is is also the last event in the BowlingSeriously.com Women's Series and the second survivor round of the $10,000 Paul Forry Memorial Finals

Make your reservations now at: https://www.bowlneba.com/tournaments/singles-october2/