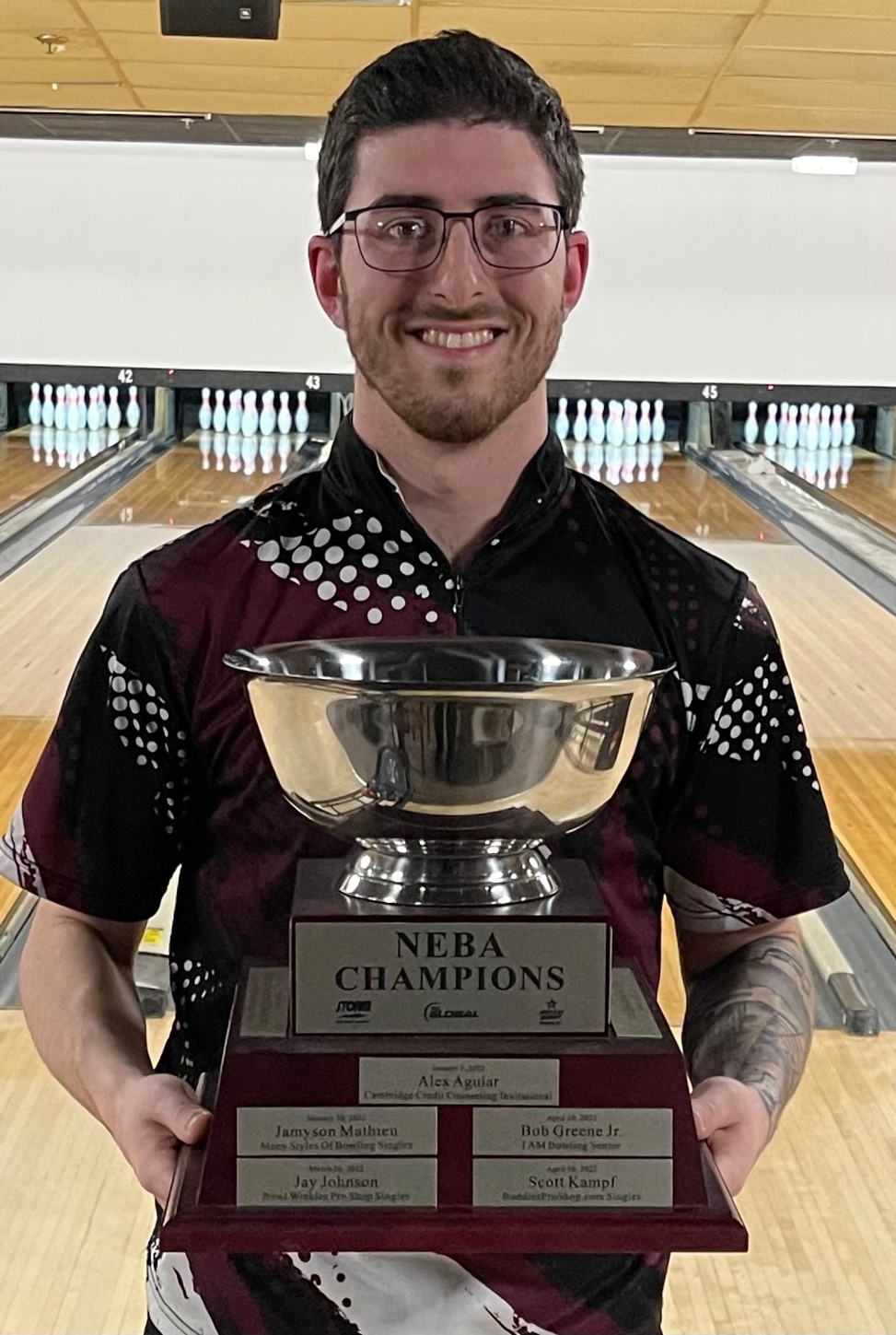 Aaron Major won the Many Styles of Bowling Open for his second NEBA title. Aaron won his first NEBA last year at the Non-Champions in May. He earned his spot in match play with 1210 on the Sunday morning squad. After a one round bye, he defeated champion RJ Broege 265-236, Jesse Gibson 230-194, Hall of Famer Bill Webb 278-190 and Gary Kurensky 247-230 in the semi-finals. In his fourth career championship match appearance, Aaron took immediate control by throwing the first five strikes and ended with a 259-150 victory over John Becker. He took home $1,400 plus received a paid spot into the Storm/Roto Grip/900 Global Tournament of Champions while John won $900 for his runner-up finish.

The first tournament of the year topped the 200 entry mark with 149 bowlers competing. Thank you to LaRue and Many Styles of Bowling for their continued support of NEBA. Remember to visit their website www.ManyStylesOfBowling.com to check out their store and tournament schedule. Every tournament we need to thank the manager and staff at our host center. Without people like those at AMF Circle Lanes, NEBA would not be able to run our scratch events across New England.