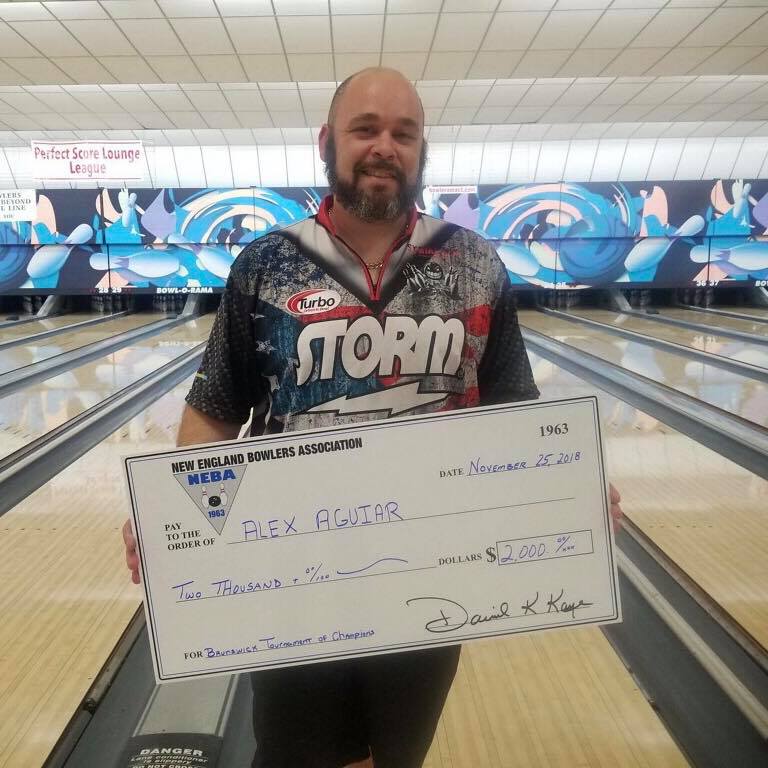 Alex Aguiar won his second Tournament of Champions title and his 23rd overall at the 2018 Brunswick Tournament of Champions.  Alex qualified 11th with 1083 in the elite field of 71 champions.  In the two game matches, he won all the matches by over 30 pins against leading title holder Michael Lichstein 470-431, 11-time winner & past Secretary Treasurer Brian Boghosian 486-447, 2013 champion Darren Andretta and 9-time champion Stephen Dale Jr.  Alex won $2,000 plus a free entry into next year's Brunswick Tournament of Champions while Stephen took home $1,300.  A big thank you to Brunswick for for their support of NEBA.   They give us two balls a tournament all year to let our members try their equipment and realize how good it is and their $2,500 helps this tournament prize fund reward our champions.  Congratulations to Alex on his 23rd win and all the 2018 champions.