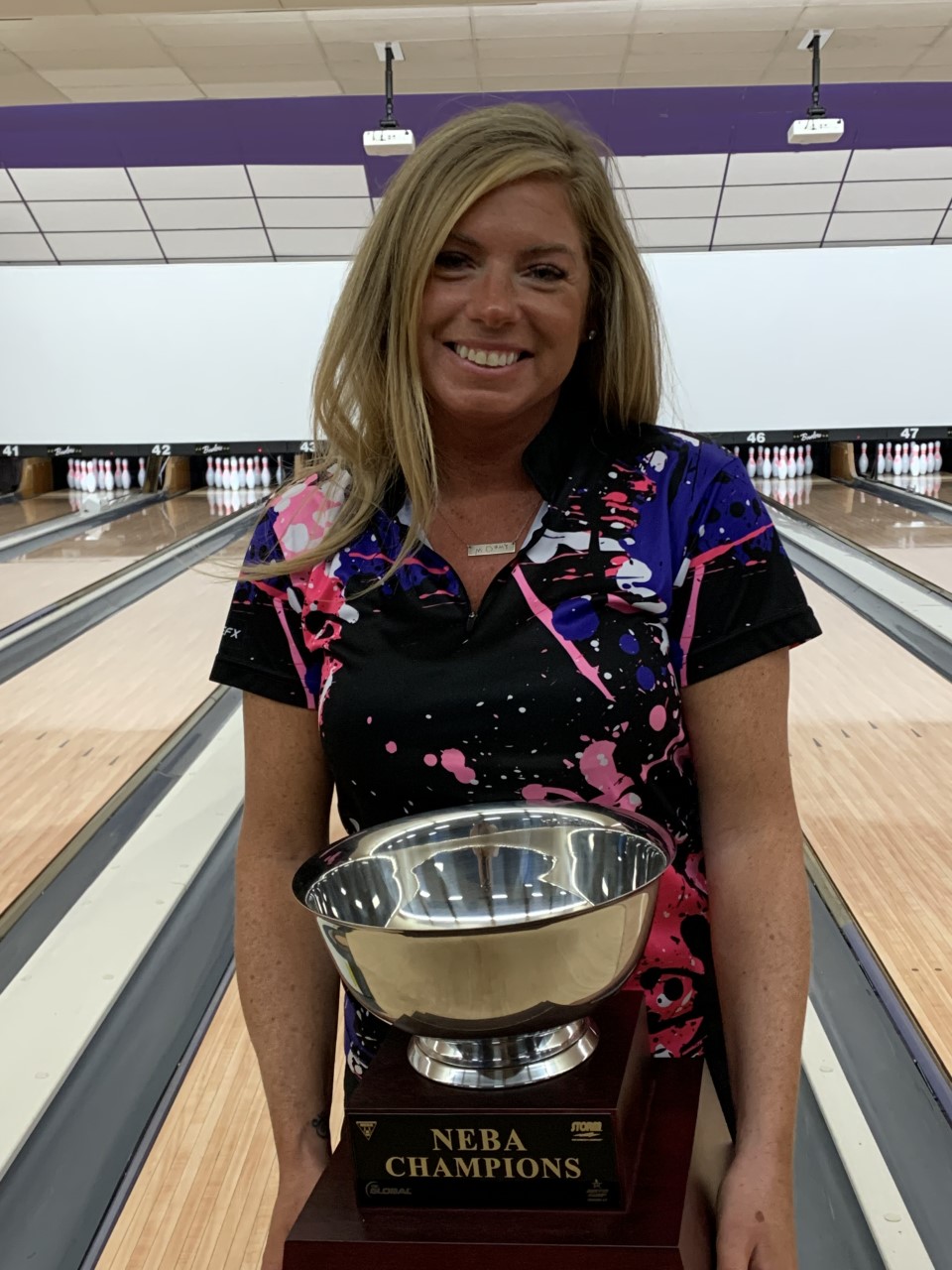 Amanda Broege added a women's title to her two singles titles at the 2022 BowlingSeriously.com Women's Singles. Amanda took the early lead in qualifying then ended as the #2 seed in the bracket. She along with tournament high qualifier Cassaundra Collins received a one round bye. Amanda defeated Octavia Hall 193-176 to earn a spot in the championship match against Cassaundra. Both started with strikes through the first half of the match. Amanda kept striking while Cassandra left some spare conversions for a 268-221 final score.

A big thanks to BowlingSeriously.com's Joanne Herman for her support of women bowling NEBA. Her goal was to encourage more women to bowl a NEBA when she became a sponsor of NEBA years ago. The number who bowl NEBA each year has increased thanks to the support and sponsorship. The added $1,000 to this tournament's prize fund had a major impact on the six cash spots including $650 for first and $400 for second. Amanda's win moved her closer to leader Sarah Gill for Woman Bowler of the Year and into the lead in the BowlingSeriously.com Women's Series.