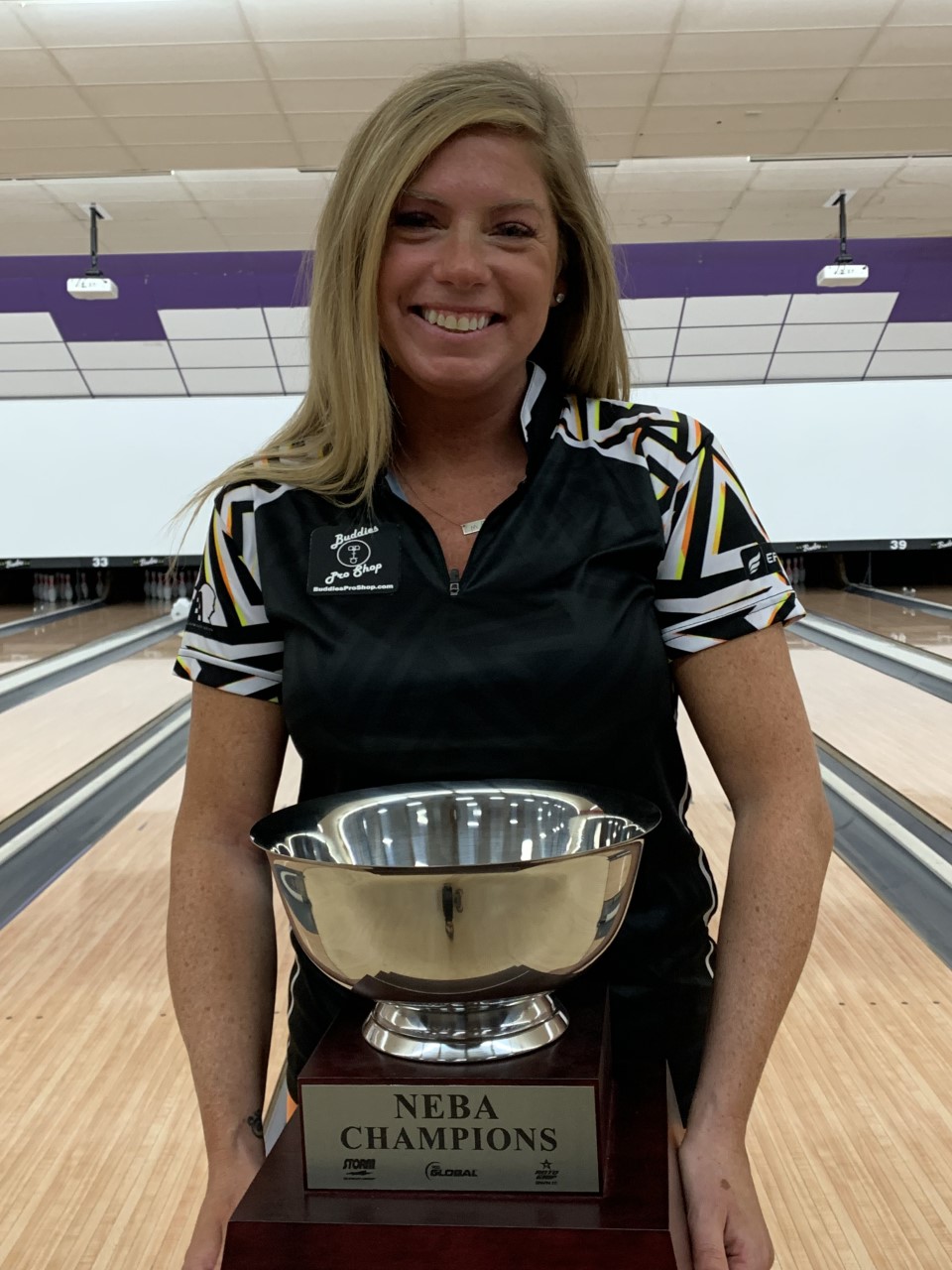 In 2021, Amanda Broege had an impressive weekend of runner-up finishes in the women's and Masters then came back this year to win both events. The simplest recap of the weekend is Amanda Broege was phenomenal. On Saturday she won the women's singles tournament. On Sunday, she proved, again, that she is not one of the best ladies bowling NEBA but one of the best bowlers in NEBA.

The Masters format was longer than a regular tournament so the tough lane conditions made it a mentally grueling day. The tournament high qualifier was Bill Webb with +84 for seven games . Amanda shot -11 for a tie 7th out of the 86 bowlers. Each went into the 16 person double elimination bracket which was held on a different pattern than qualifying; the 2022 USBC Masters pattern. Amanda had a slow start in match play which ended with a 165-144 victory over Roy Vanderbogart then defeated Aaron Major 214-162, Chris Viale 213-201 and Randal Dunbar 210-187 to be the winner of the winner's bracket. Randal was victorious over Andrew Hall 222-207 in the last round of the loser's bracket for the opportunity to bowl for the title. Randal would need to beat Amanda twice to take home the Master's title. Both bowlers started with an early open then Amanda continued to fill frames along with strikes at the end to clinch the 2022 Masters title 202-158 as the undefeated champion.  Thanks to our amazing sponsors, $3,500 was added to the prize fund. Amanda won $2,500 plus a paid spot into the Tournament of Champions and Randal won $1,800 for his second place finish.  Amanda's win moved her up the points list to sixth place to give her a spot in the $10,000 Paul Forry Memorial Challenge Finals and also into the lead of BowlingSeriously.com Women Bowler of the Year.

Thank you to sponsors who all are bowlers giving back to our sport: Bloomfield, Electric, GMS Decorative Concrete and Tony & Sue Reynaud.

Next up is another special format tournament. The Vincent Hall Memorial Over/Under Doubles with $6,000 added to the prize fund by Techvision who runs our NEBA Livestream. Each team must have one bowler under 50 and one 50 or older on it. There are no other restrictions. Qualifying is on Saturday with the finals on Sunday.