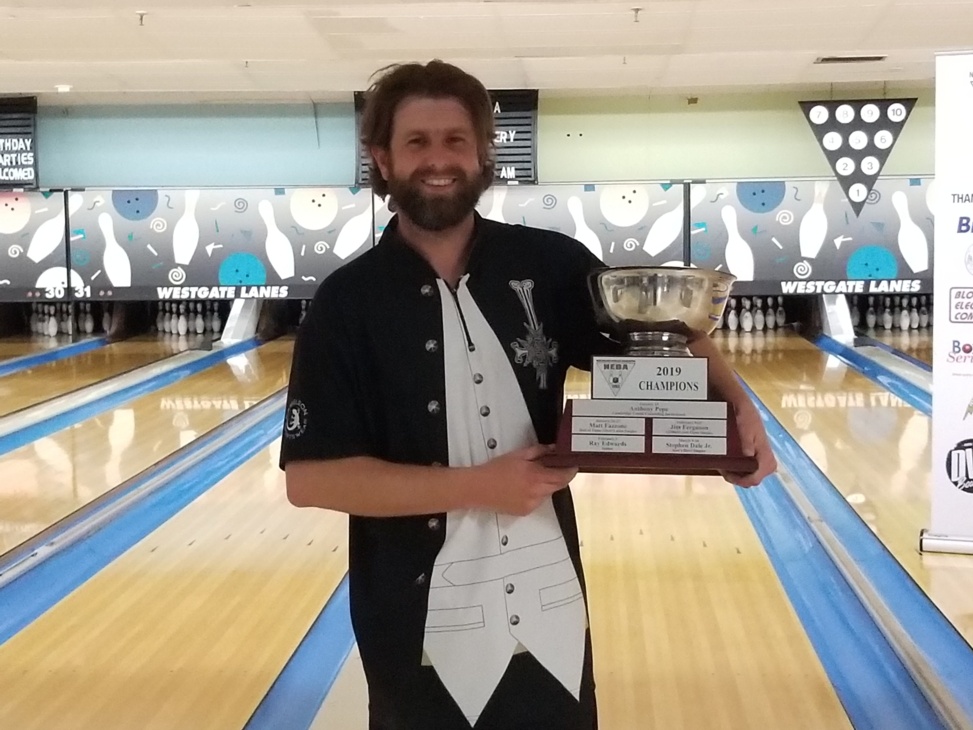 Billy Trudell kept the crowd filled with excitement en route to his first singles title. In the championship match, he struck out in the tenth for 236 to make Jalen Scott-Jones double to win. Jalen threw the first one and a single pin spare to end up with 236 and a rare tiebreaker in the championship match. In the 9th and 10th frame roll-off, Jalen finished first with 40 which made Billy have to strike in the tenth. He flushed the pocket for the win and his second career NEBA title. His first was in 2012 with partner Tim Healey. Billy qualified for match play with an 1170 on the Sunday morning squad then defeated three champions Jason Hebert 259-213, Alex Aguiar 206-164 and Chris Forry 257-204 to advance to the semi-finals. The semi-final match against another NEBA champion was the talk of the tournament since that champion was his sister Nicole. Billy defeated his younger sibling 266-236 for his spot against Jalen in the finals. The right-hander won $1,230 and moved into tenth place on the bowler of the year points list. Jalen earned $785 for his runner-up finish and is fifth in average this season with 227.3 in the four tournaments he bowled.