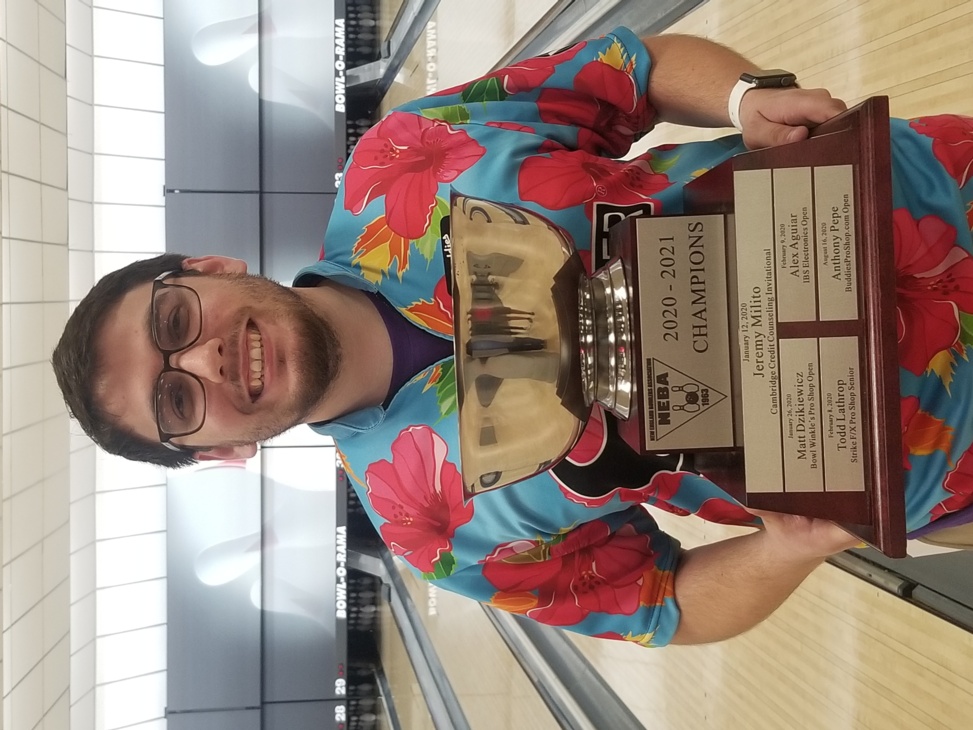 Ditto Fitzpatrick from Claremont, NH won his first NEBA title at the Rip Callahan Memorial in Newington, CT.  He started the weekend off with by earning a spot in the finals with 1155 on the Sunday morning squad.  The 26-year old righty, shot 233 to make it through the elimination round to the bracket of the top 16.  He defeated champions Chris Viale 235-198, Chris Sole 246-214 and Todd Lathrop 258-235 for a spot in the championship match.  After a slow start by both bowlers. Ditto took the lead to end up with a 232-188 victory for his first title.  He won $1,200 plus a paid entry into the Tournament of Champions while Steve DiMartino took home $800.  Steve, from Upper Saddle River, NJ, accomplished an amazing feat by making the final match in his first appearance at NEBA.  I special thank you to the Callahan Family for supporting NEBA by hosting and adding $500 to the prize fund.  All of those who remember Rip knows he cared deeply about bowling and bowlers and worked hard for the family's center.  Rip wanted to honor his father with a tournament in his memory of his father Bud which became the Bud Callahan Memorial in 2018.  This year his family honored him with the Rip Callahan Memorial.