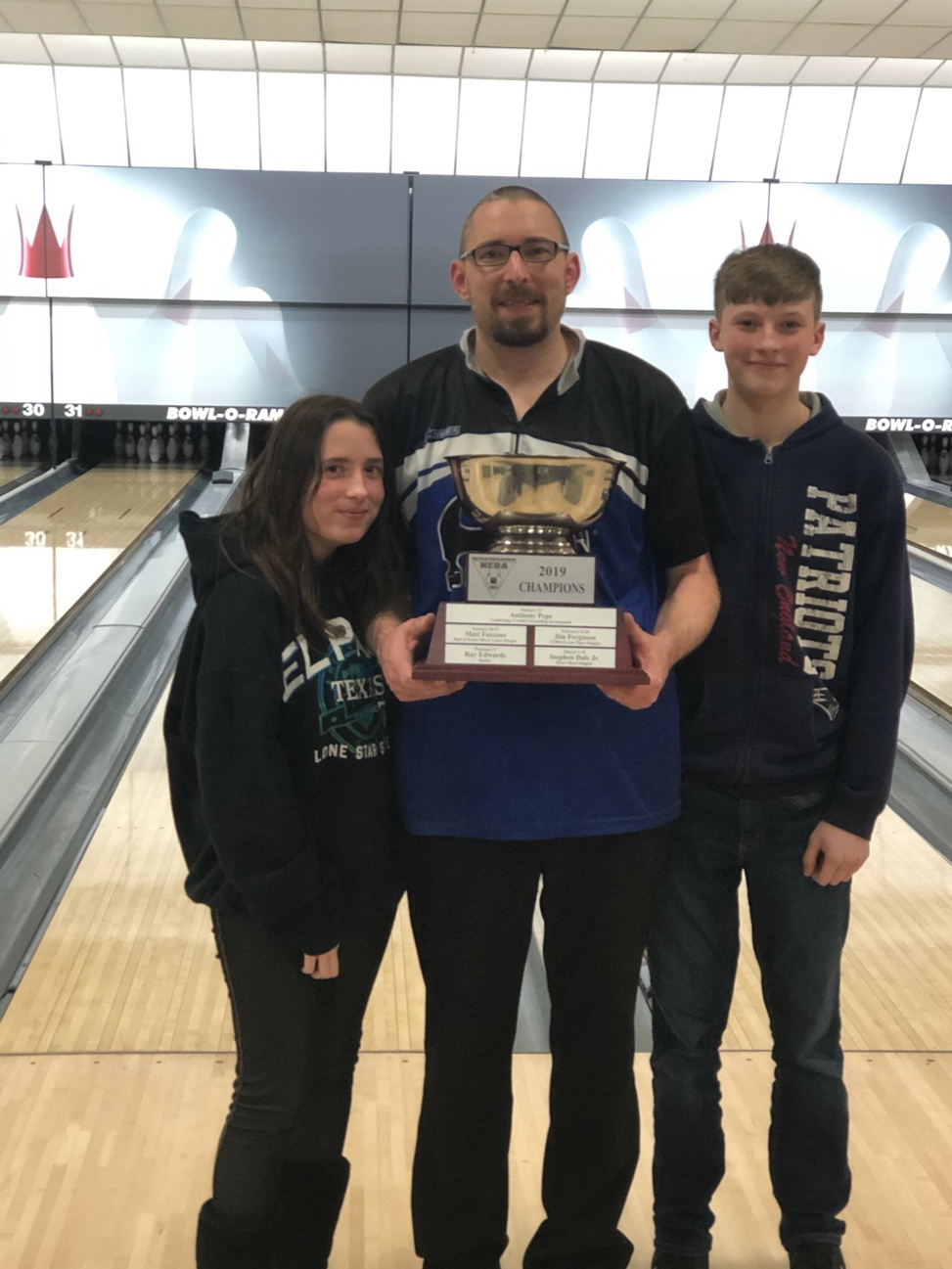 Joey Transue won his seventh career NEBA title and his first major at this year's Brunswick Tournament of Champions. He adds this to his win at the Yankee Lanes doubles with partner Shawn Semonelli.  Joey qualified with 1103 which put him 10th in the field. En route to the championship match, he defeated Todd Lathrop (427-403), Chris Forry 377-355 and Alex Cavagnaro 493-471 earning a spot against Nicole Trudell.  Joey took the lead after game 1 then won the match  459-442.  He won $1.700 and a paid entry in to the 2020 tournament to defend his title.