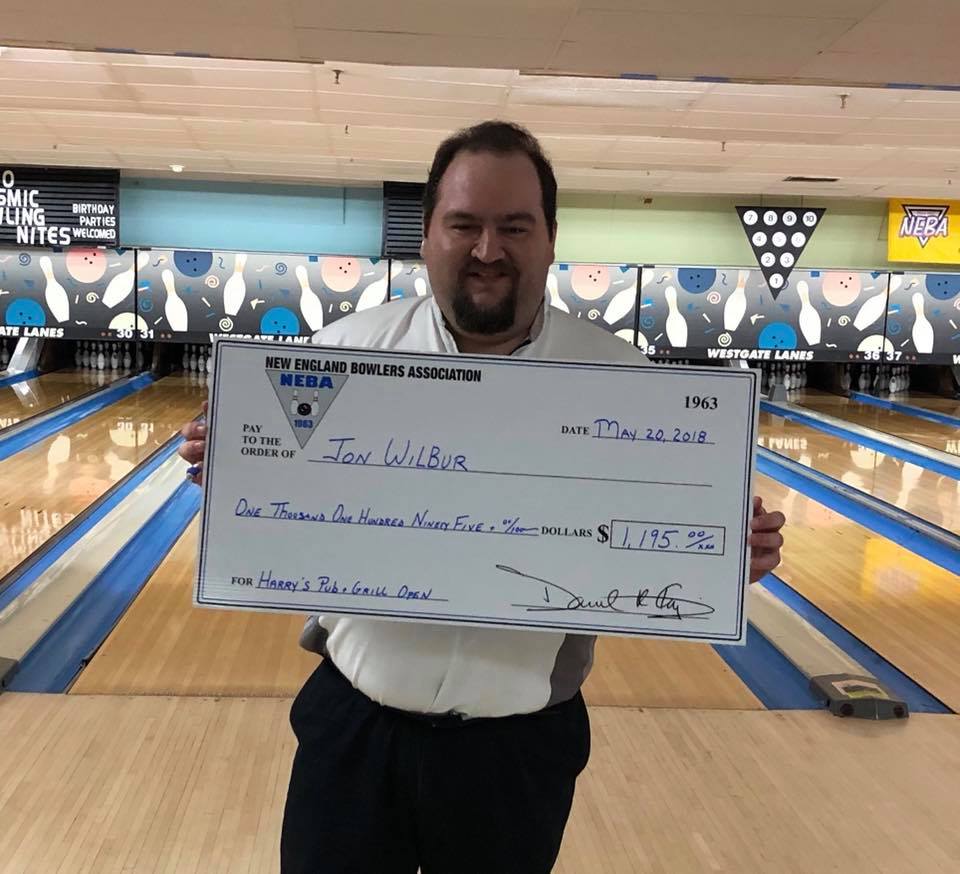 Jon Wilbur won the Harry's Pub & Grill Open for his 3rd NEBA Title with a championship match victory over tournament high qualifier Tyler Perry 208-166.  Jon qualified for match play after leading the 9AM squad with 1106. As the #3 seed, he defeated Steve Engel 229-206, Jimmie Pritts 264-177, Frankie Calca 266-169 and Chris Forry 199-177 to advance to the championship match.  He won $1,195 and a free entry into Brunswick Tournament of Champions.  Thank you to Westgate Lanes and their staff for hosting the event and for their support through the years.  Join us for our next tournament at AMF Cranston Lanes which are two doubles tournaments.  Get your partner for the Strike FX Pro Shop Over/Under Doubles on Saturday, June 9 and the GMS Concrete regular doubles tournament on Sunday, June 10.