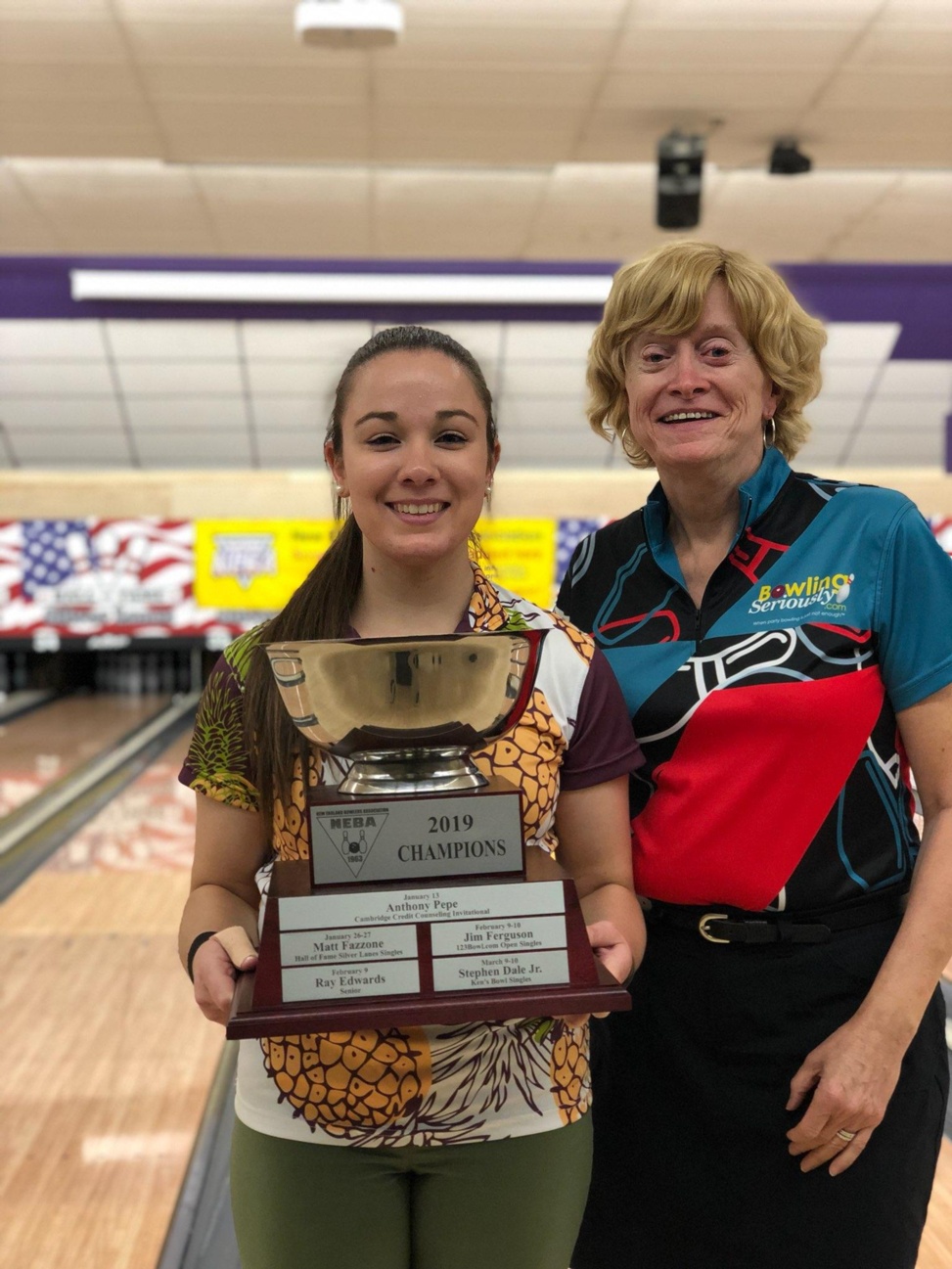 Lauren Hoffman dominated the BowlingSeriously.com Women's Tournament from start to finish by leading qualifying from game 2 through 5 then going undefeated in the bracket to earn herself the women's tournament title at Hall of Fame Silver Lanes.  After shooting 1050, Lauren defeated #8 Katy Barnes 222-204 and #5 Robin Provenzano 215-189 for a spot in the championship match against last year's champion Mallory Nutting.  Lauren defeated Mallory 201-192 for the $700 first place prize and a spot in the Brunswick Tournament of Champions.  The win also moved Lauren up to second in this year's BowlingSeriously.com Women's Cup.  The women's cup winner for 2019 was Lauren's college team mate Nicole Trudell.  Thanks to sponsor BowlingSeriously.com, the women have this singles tournament and the women's cup series.