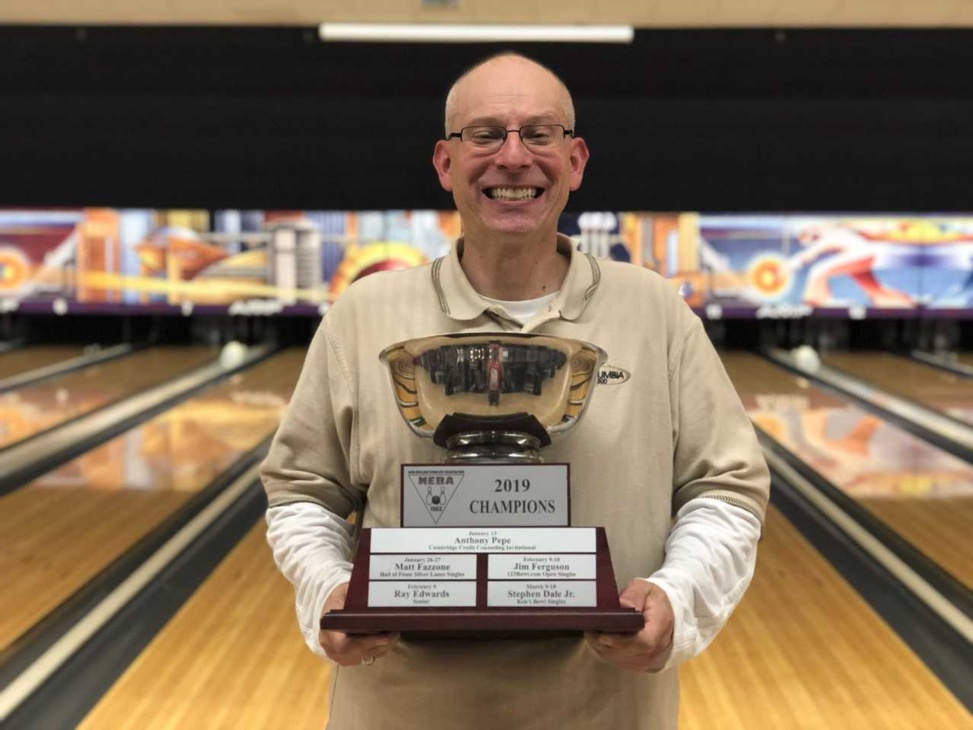 NEBA's winningest bowler, Mike Lichstein, claimed his 31st title at the Logo Infusion Open. Mike started the day in Cranston with 1144 on the 9AM squad for a guaranteed spot in match play. He qualified as the #10 seed which earned him a bye in the first round.  He defeated, champion Scott Widmer 223-216, Aaron Major 215-172 then champions Corey Umbrello 268-192 and Nicole Trudell 221-189 to advance to the championship match against Packy Hanrahan.  Mike started the final match with the front six to take 24 pin lead.  Packy tripled in the 6th-8th to cut his deficit to 14 pins then struck out in the tenth for 245 which forced Mike to throw 7/X to win.  Mike flushed the pocket for a strike and his latest win.  He won $1,025 for his win plus a paid entry to the Brunswick Tournament of Champions later this month.