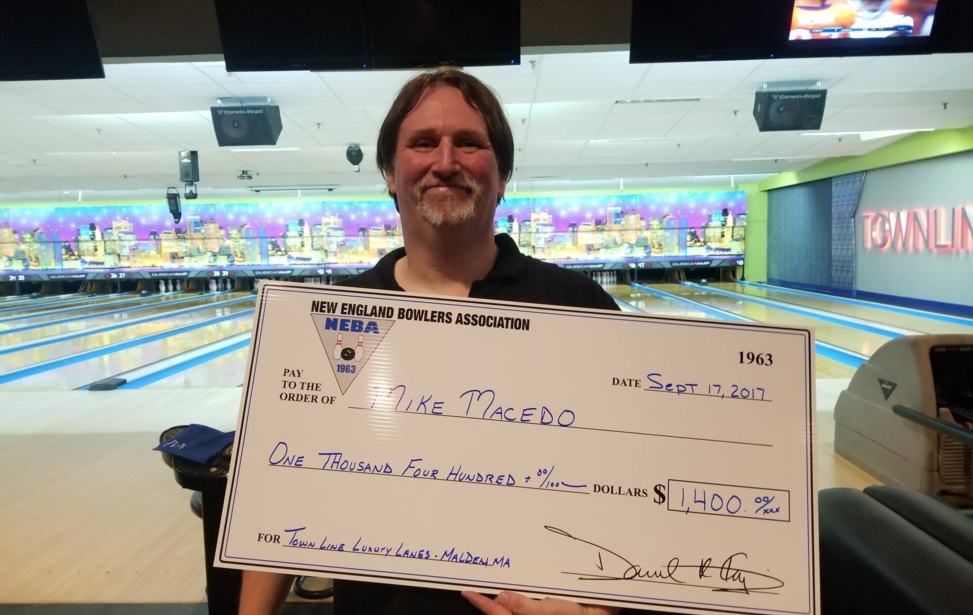 Congratulations to Mike Macedo on his first NEBA title at Town Line Luxury Lanes! Mike defeated Calvin Sellers 247-180 to win $1,400 plus a paid entry into the Brunswick Tournament of Champions. Thanks to Anthony DeCotis and his staff for hosting this weekend's tournament which featured the third event of the BowlingSeriously.com Women's Cup Series.
Coming up in two weeks are two doubles tournaments at East Providence Lanes. Get your partner now for the over/under 50 doubles on Saturday at 1PM and Sunday's Turbo Driven to Bowl doubles with squads at 9AM and 12:30PM.