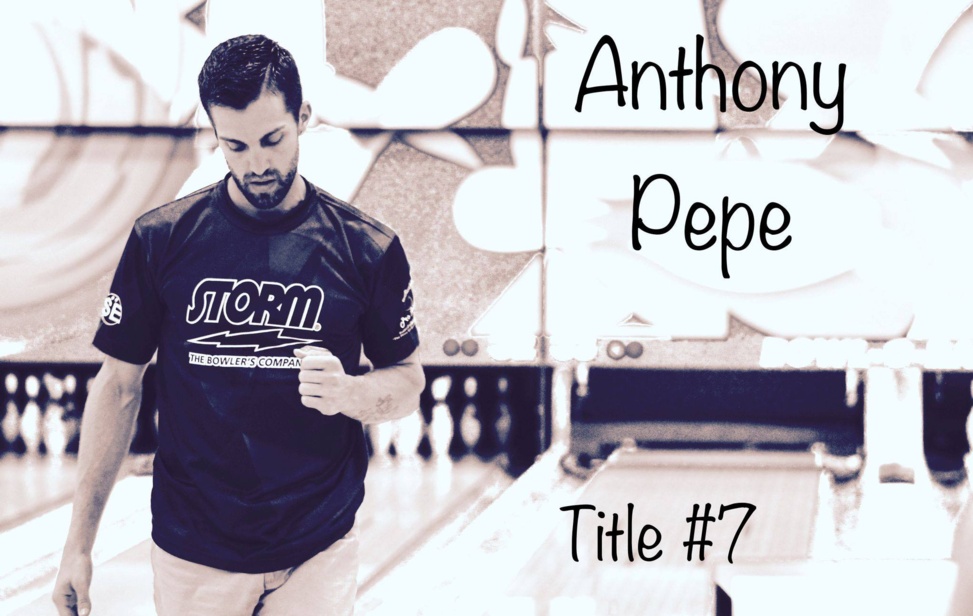 Anthony Pepe won his seventh title today at Westgate Lanes in Brockton with a 258-202 championship match victory over 12-time champion Jon Van Hees. This was back-to-back championship match appearances for Pepe who was runner-up last month. He shot 1267 on the final qualifying squad then defeated 7-time champ Ed Roberts 259-224, 18-time champ Alex Aguiar 268-248, 5-time champ (including 2 Tournament of Champion Titles) Steve Blanchet 218-193 and Tyler Perry, the youngest to win a title, 199-184 in the semi-finals. The July turnout was below average at 142 entries but the prize fund was great thanks to Westgate Lanes charging us only $1 a game. Pepe won $1,750 plus a $100 paid entry into the Brunswick Tournament of Champions while Van Hees took home $1,125 for his runner-up finish. We'd like to thank Harry Minassian and his staff for hosting NEBA not just this weekend, but for the many years that they've been great hosts to NEBA. We greatly appreciate their awesome support!