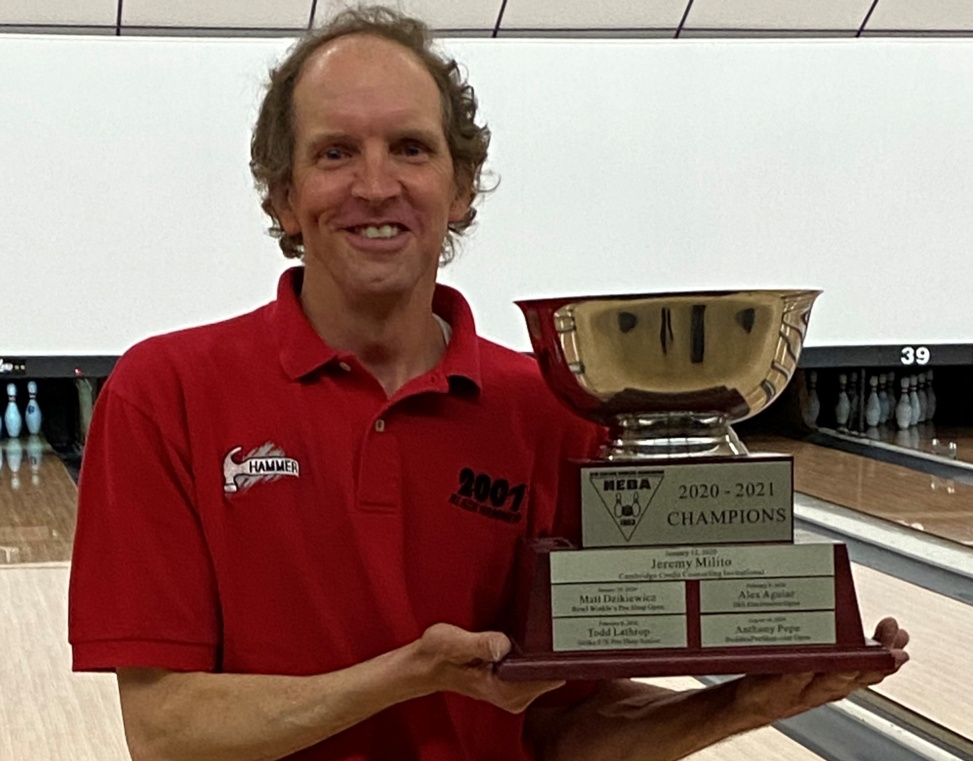 Scott Corkhum won his first title with a convincing 256-183 championship victory over champion Kevin Kareliussen at the Bowl Winkle's Pro Shop Open at Bowlero Hall of Fame Silver Lanes.  Scott grabbed the final spot in match play being the cut on the Sunday afternoon squad with 1123.  In the first round, he shot 247 to advance to the top 32 bracket.  He defeated Brandon Vallone 209-192, Paul Smith 269-268, RJ Broege 235-232 and Matt Fazzone 217-195 in the semi-finals.  In the championship match, Scott was striking while his opponent was trying to secure the pocket.  He won $1,200 and a spot in the Tournament of Champions.