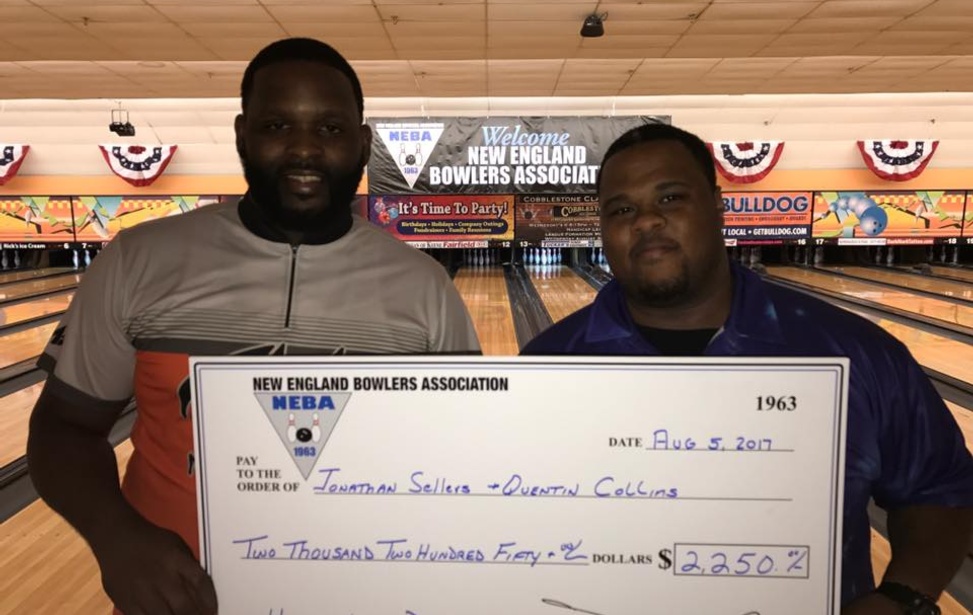 Jonathan Sellers & Quentin Collins become the first doubles team to defend their title. They reclaimed their crown of the Yankee Lanes Doubles in Keene, NH with a victory over Nick Marien & John Kirker. The rule was changed a few years ago to allow doubles teams to defend their title one time. It was each of their second titles. We'd like to thank Jeff Barden and his staff for being gracious hosts, and for adding $1,000 to each event this weekend.