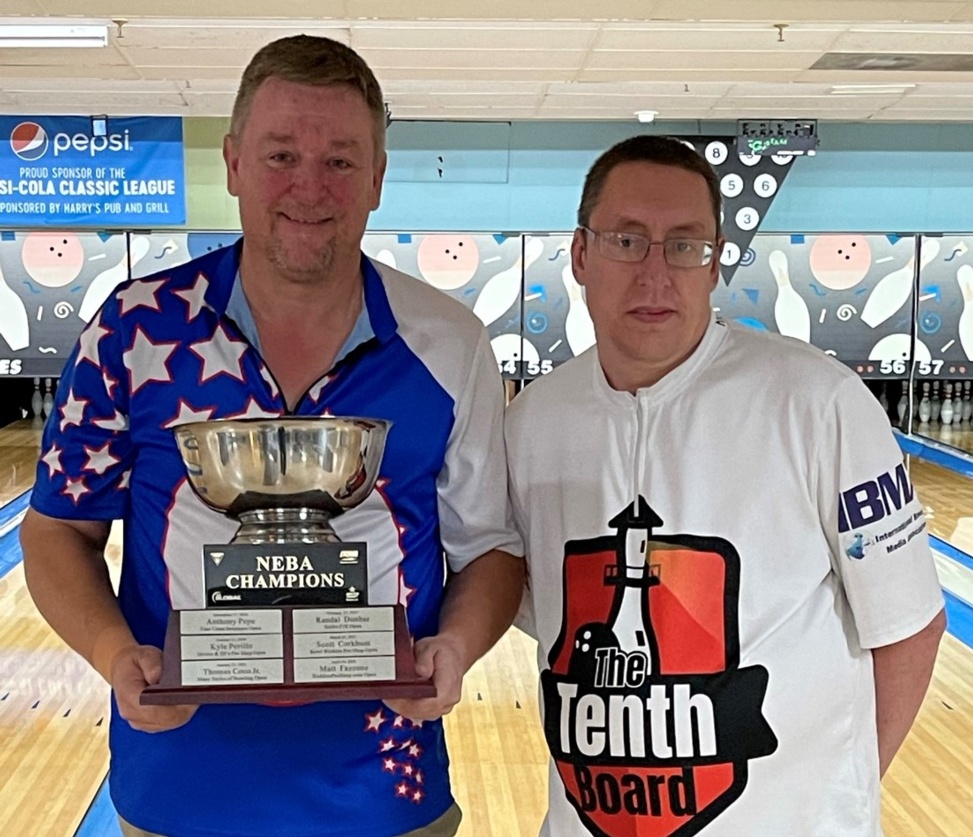 Stephen Dale Jr. won his eleventh title at the Brockton Centennial Open. The NEBA Hall of Famer earned a spot in match play by shooting a 1179 on Saturday night which was fifth out of all qualifying scores. In match play he defeated Jayme Silva 236-213, current Bowler of the Year point leader Randy Hagemoser 227-216 and NEBA's winningest bowler Michael Lichstein 267-190 in the semi-finals. It was a low scoring final match with Stephen earning his eleventh title after a 192-161 win over Danny Khuu. The tournament celebrated the Bicentennial year for Brockton, MA with $500 added to the prize fund thanks to the Tenth Board. Follow Rich's blog on the TenthBoard.net.

Next at NEBA: November 20 is the Better Bowling Concepts Non-Champions tournament on Saturday followed by the Tournament of Champions sponsored by Storm, Roto Grip & 900 Global on Sunday in Norwich, CT.