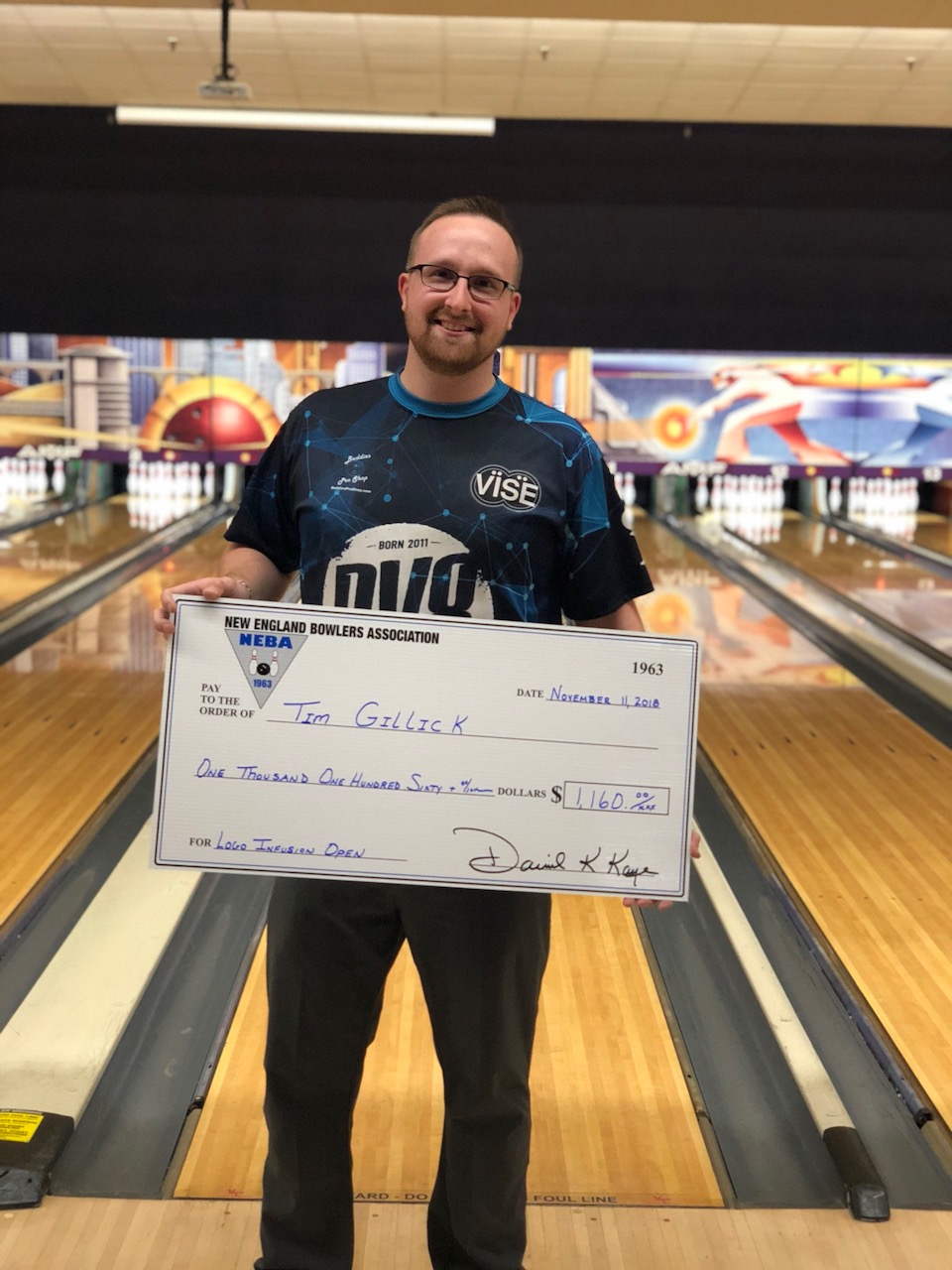 Tim Gillick took home the Logo Infusion Open title after an exciting 226-205 end to the championship match.  Tim qualified for match play as the first spot on the at-large list with his 1165 from the Sunday morning squad.  In match play, the right-hander defeated Ray Snow 202-162, champions Chris Viale 219-217, Billy Trudell 245-195 and John Kirker 225-221 in the semi-finals.  The championship match started with Corey taking the immediate led with a triple. Tim jumped on Corey's loss of carry on one lane throwing five strikes to take a 31 pin in the seventh frame.  Just as it looked like Tim had the match in control, he left a pocket 7-10 in the ninth then needed to strike out for the win but went strike then nine to give Corey the chance to double. Another 7-pin stood which made Tim the 2018 Logo Infusion Champion.  Tim adds this to his first win back in March of 2009.  He won $1,160 plus a spot into the Brunswick Tournament of Champions.  He will bowl the other champs our next weekend on November 24-25 which starts off with the Radical Non-Champions on Saturday. In addition to the sponsor money for these tournaments, NEBA is adding $900 to each to celebrate Saturday being our 900th tournament raising the added money for the weekend to $5,300!