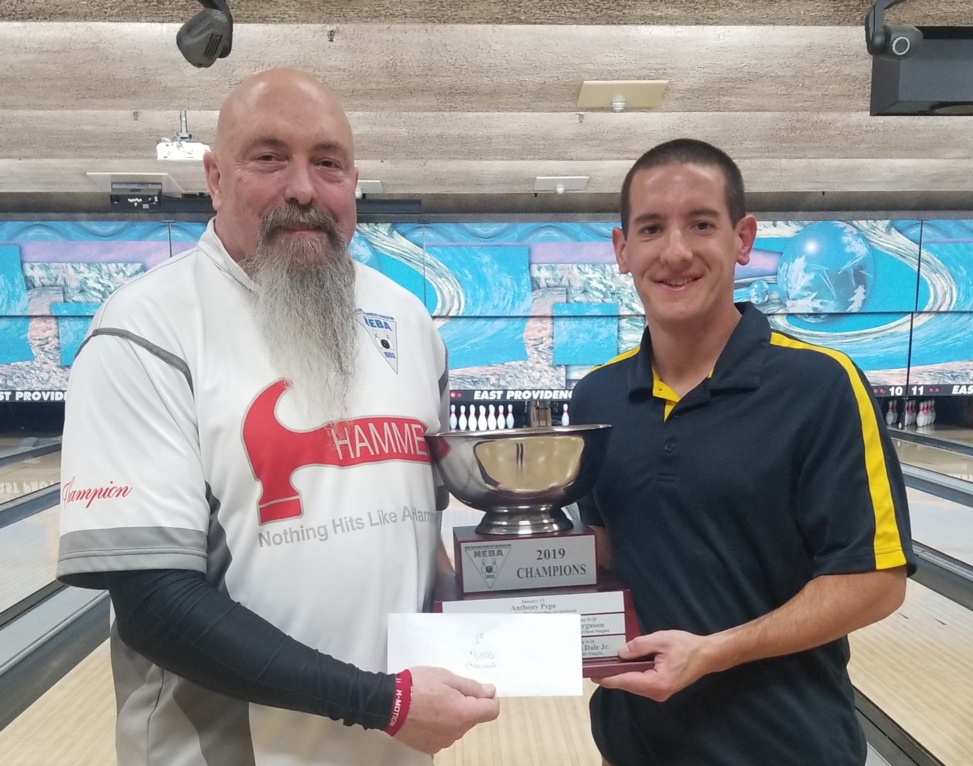 Jim Sicard & John Kirker won the Turbo Doubles title by winning the 24-team bracket at East Providence Lanes but they also were the highest scoring team for the tournament.  They were the #2 seed out of the 88 teams with a 2352 on the 9AM Squad then in match play shot the highest 2-game baker score for each round including the only 500+ score.   Their 245 average in match play compared to the 207 average of the other finalists helps show how  the prevailed over their opponents.  This was Jim's first title and John's seventh with his last title being at the 2018 June doubles.