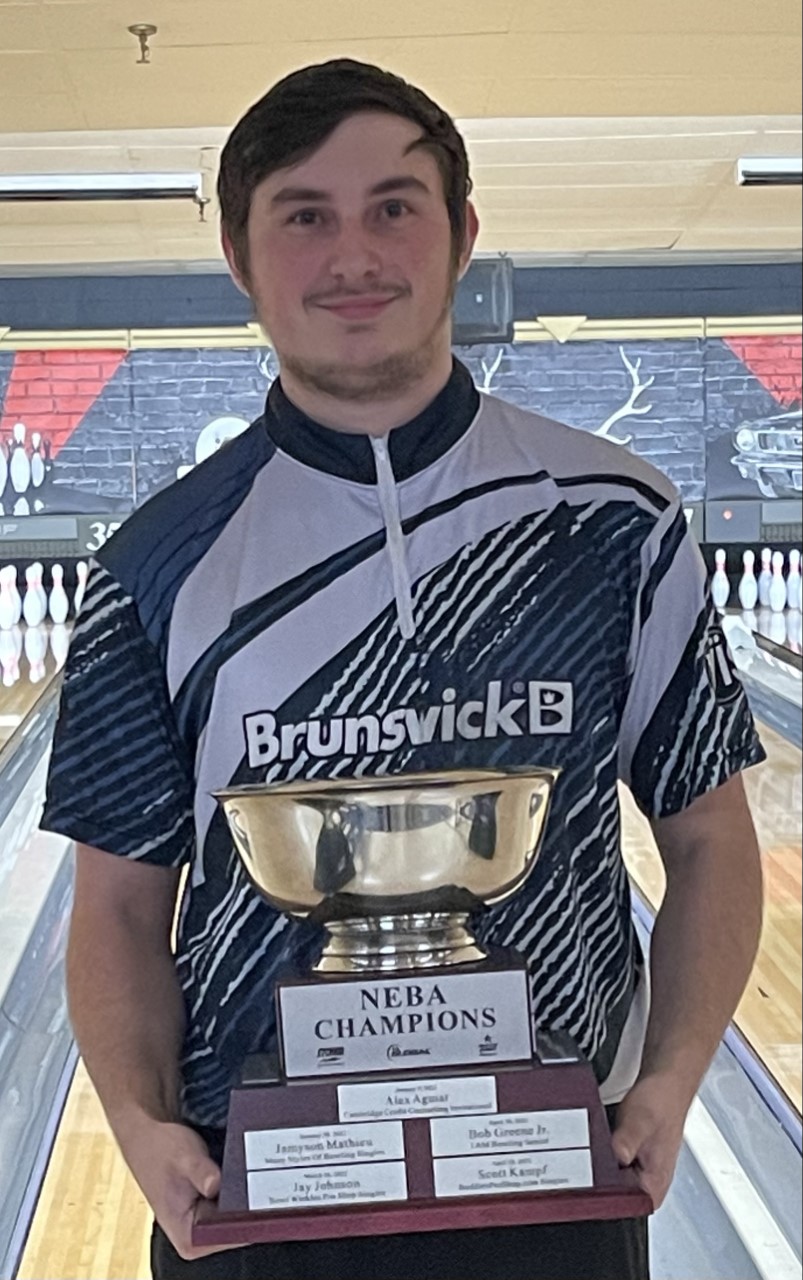 Zachary Bogholz became NEBA’s newest champion with a win at DJ’s Pro Shop Non-Champions tournament on Saturday.  Zachary qualified for match play with a 1068 then defeated Tim Giguere 226-167, Stone Bouchard 255-205, Kyle Egan 232-173 and Brandon Vallone 267-224 in the semi-finals.  He went up against Bill Beck in the championship match and narrowly won 198-190 to take home $1,150 and the Non-Champions title in Auburn, MA.  Zachary’s win earned him a spot in the Tournament of Champions the next day.  Thank you to DJ’s Pro Shop in AMF Auburn Lanes for sponsoring this tournament and support of NEBA over the years.