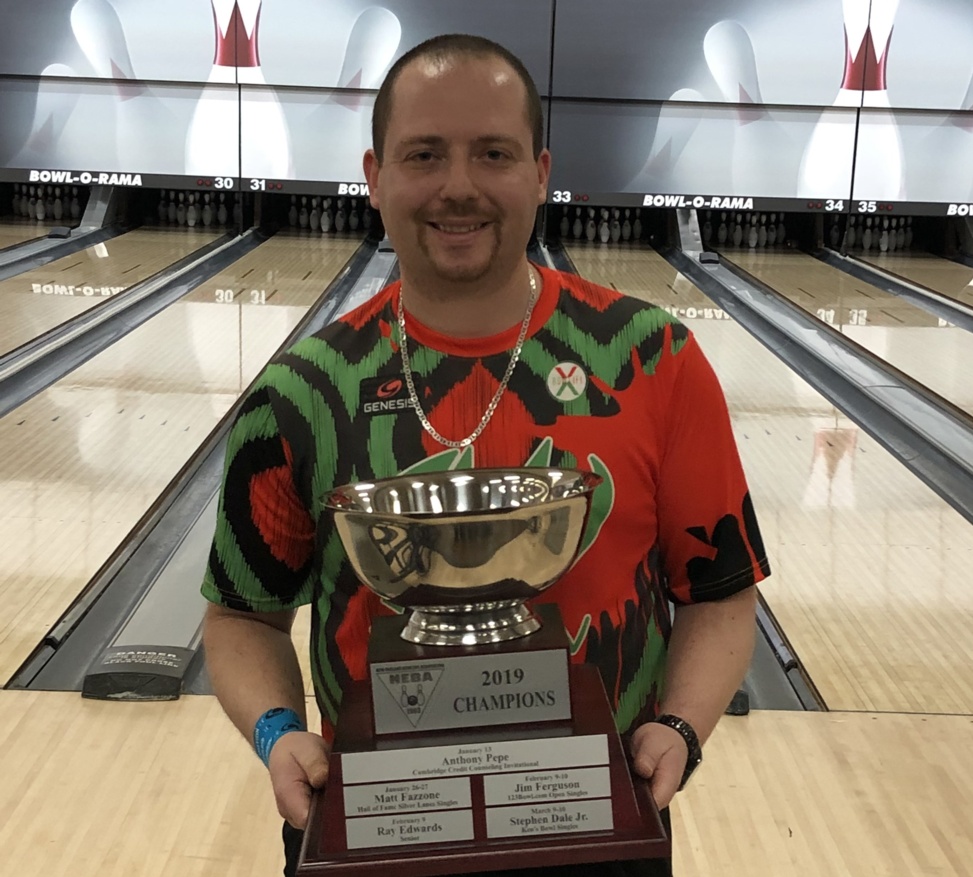 Adam Chase won the Radical Non-Champions Tournament to earn a spot in the Brunswick Tournament of Champions the next day.  Adam shot 1123 on the afternoon squad which was fifth and gave him a guaranteed spot into match play.  After a first round bye as the #14 seed, he defeated Kyle Snyder 235-229, Joe Talarczyk 237-214, Jim Thomas 259-221 and Danny Khuu 239-212 in the semi-finals.  He took the early lead in the championship match then never let up; defeating LaRue Marlow 258-216.  Adam will compete against some of the best in NEBA at the Brunswick Tournament of Champions.