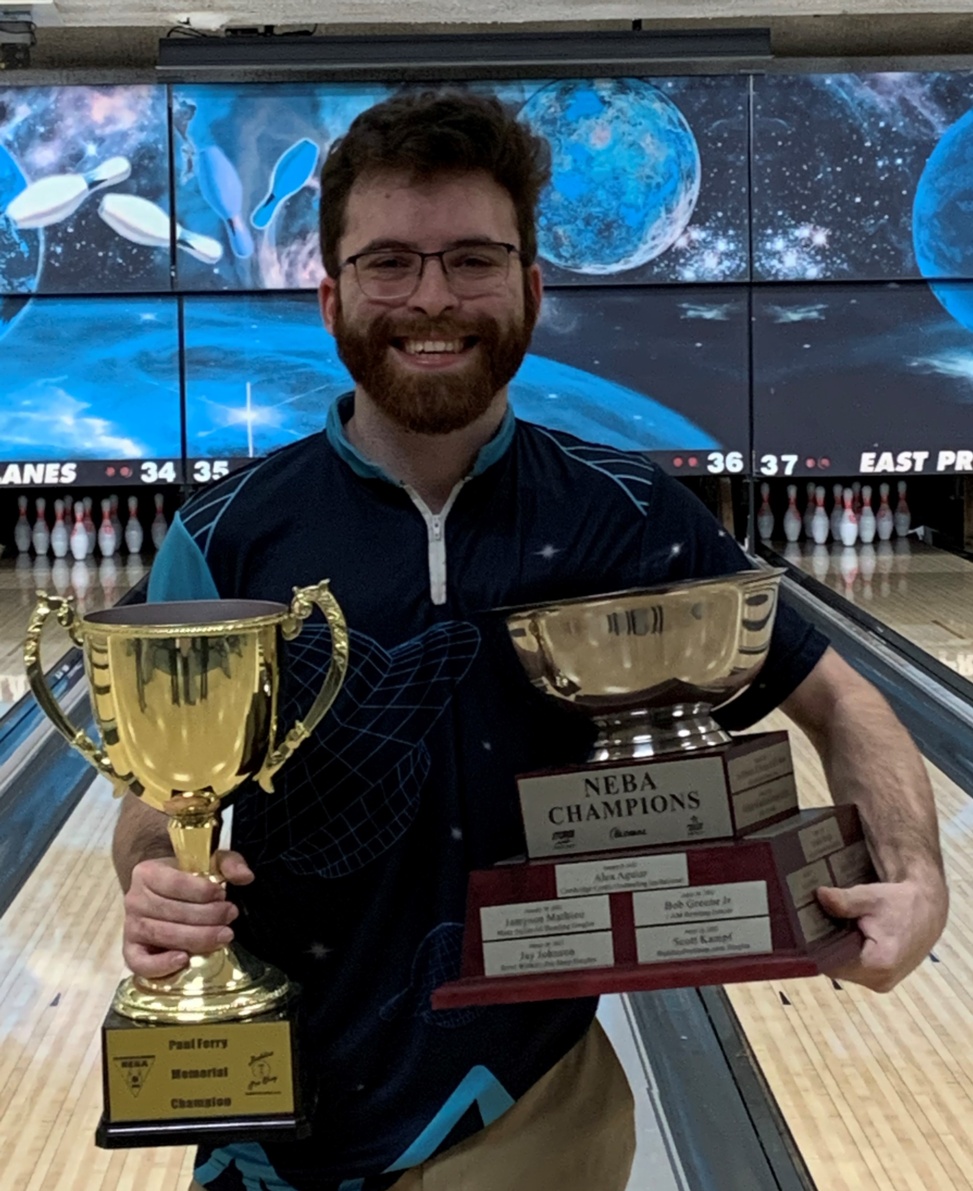 Adam Zimmerman had quite the weekend at East Providence Lanes; Leaving with his second NEBA title and the winner of the Paul Forry Memorial Challenge.  The 24 year-old made the pattern look easy shooting 1135 on the Sunday morning squad for the fifth highest qualifying score. He advanced to the championship match after victories over Bill Beck 235-201, Bruce Hall 211-183, Ditto Fitzpatrick 210-191 and Stephen Major 220-199. In the final match, Adam filled frames while his opponent Tyler Perry struggled to give him a 208-127 victory. Adam won $1,275 plus an entry into the 2023 Storm Tournament of Champions while Tyler took home $855 for the tournament.

The finale of the $10,000 Paul Forry Memorial Challenge was run during the Ideal Bowling Concepts Open.  Tournament finish determined the standings in the challenge for the 32 who made the final round. Fourteen made match play with six more cashing based upon their qualifying score. After two rounds, the field was down to five bowlers. Alex Aguiar, Ditto Fitzpatrick and Bill Webb lost in the round of eight to finish third through fifth which left two bowlers - Stephen Major and Adam Zimmerman. They bowled each other in the semi-finals so the winner of that match determined the the Challenge winner.  Adam defeated Stephen 220-199 to win the $2,000 first prize.