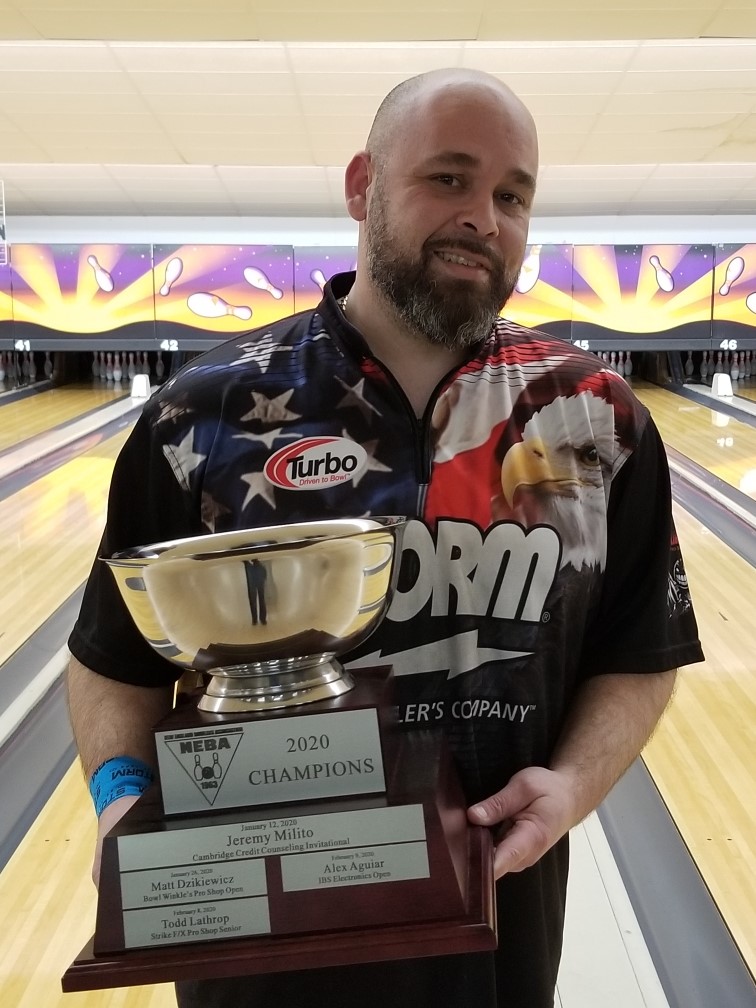 Even though Alex Aguiar has won 25 times since his first in first title 20 years ago, he had never won back-to-back tournaments until the 2020 Ken's Bowl Open.  Alex shot 1153 on the Sunday morning squad to earn a spot in match play.  A few hours later, after a one round bye, the #12 seed defeated four champions en route to the final match; Lauren Hoffman 259-207, Andrew Hall 232-186, Billy Trudell 222-190 and Chris Viale 227-214 in the semi-finals for a spot against 3-time champion Jon Wilbur in the championship match.  Alex missed the pocket in the first frame then both bowlers took turns tossing pocket strikes or nine spares.  With each having one triple, the match was tied at 139 through six frames.  Jon doubled in the 7th and 8th while Alex went strike spare to give Jon a single digit lead.  Jon go up in the 9th with the chance to shut out Alex but left a 10-pin.  A double in the tenth would give Jon the title but he went strike and 2-pin.  Alex got up needing a triple to win but threw a double and 9 for a tie!  Alex started the 9th and 10th frame tiebreaker with a strike.  Jon left two 10-pins then struck giving Alex the chance to win with a strike or spare and good count.  Alex stuck for his 25th title in front of the cheering crowd at Ken's Bowl.  Thank you to to everyone at Ken's Bowl for sponsoring and hosting this tournament plus BowlingSeriously.com for sponsoring the women's cup.