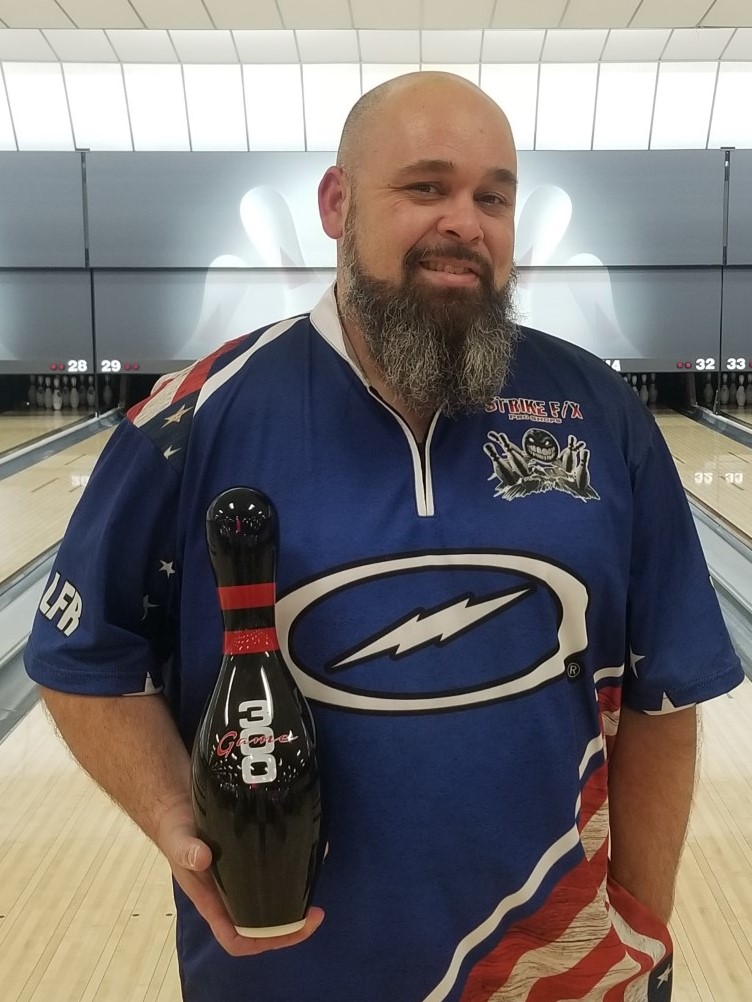 Ninety members braved the winter weather to bowl NEBA's Invitational on Sunday. Forty advanced to the Super Match Play round with the top four vying for the title in a stepladder final. #4 Paul Smith defeated #3 Tim Healey 248-237 in the first match. Paul lost 215-206 to #2 Dennis Bissonnette. It was #2 Dennis against #1 Alex Aguiar.

Alex started with four strikes to Dennis' open plus four strikes. They were tied at 128 in the fifth frame. Alex stopped carrying while Dennis tossed two strikes to take a ten-pin lead going into the last three frames. A split in the eight then a missed single pin spare in the ninth by Dennis gave Alex the chance to lock up the match with 19 in the tenth. A ten-pin stood after the first shot then Alex also missed a single pin spare to put the match back in Dennis' hands. A double in the tenth gave him a win. He went spare strike for a 213 tie. After the long day, the tournament came down to one ball. Alex went first getting nine pins. Dennis also hit the pocket for nine pins for another tie. Alex struck then Dennis missed the pocket for eight to give Alex the win in one of the most exciting matches ever at NEBA.

Thank you to longtime supporter Cambridge Credit Counseling for adding $3,500 to this special event open to all bowlers who bowled in five or more tournaments the previous season.

Also, a big thank to the Callahan family for hosing the Invitational for the first time. NEBA will be returning to Callahan's Bowl-O-Rama in July for another tournament with thousands of dollars added.

NEBA's regular season starts up in three weeks at the Many Styles of Bowling Singles. The entry fee is $80. It is the first event in the $2,500 BowlingSeriously.com Women's Series. BowlingSeriously.com is sponsoring the event by paying half the entry fee of all women who bowl so women's first entries are $40. Amy and Chris Viale are also adding an incentive of $20 to any bowler who brings in a woman who had never bowled NEBA.