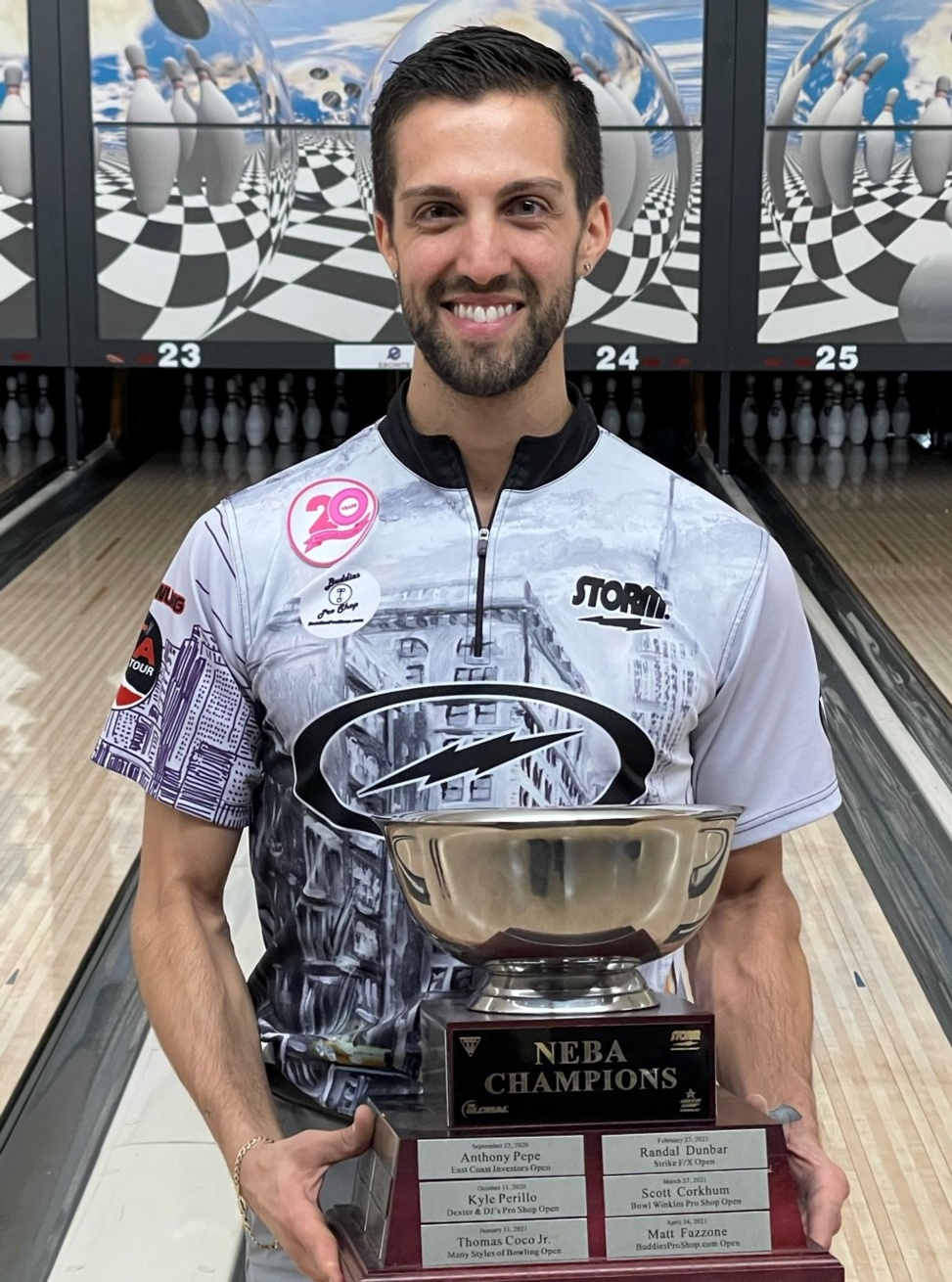 On Sunday, Anthony Pepe continued to show how talented a bowler he is by wining his fourth Tournament of Champions. Pepe has been victorious against the strongest field of the year in 2012, 2015, 2017 and now 2021. He qualified third with games of 217, 233, 208, 216 and 212 for 1086. Pepe was the only person who shot 200+ every game on the demanding conditions. The 2-game matches proved to be some of the lowest scoring in many years with less than half shooting plus in the four rounds. Pepe won 376-346 over Randy Hagemoser, 379-358 over Alex Cavagnaro and 418-372 against Frankie Calca in the semi-finals. The championship match was the only match both bowlers shot 400+ with Pepe saving his highest set for last to give him a 472-403 victory over Ryan Graywacz.

Thank you to Norwich Bowling and Entertainment Center for their support and letting NEBA take over their center for the weekend. Also a big thank you to Storm Products for sponsoring NEBA all season providing Storm, Roto Grip and 900 Global balls at each event allowing our members to try their equipment.

Remember that everyone who has bowled in at least five tournaments in 2020-2021 are eligible for the Cambridge Credit Counseling Invitational on January 9. $3,500 is added to the event hosted by Callahan's Bowl-o-Rama in Newington, CT. You can see how many tournaments you have bowled in on BowlNEBA.com.  The 2020 Invitational is not part of the entry count.