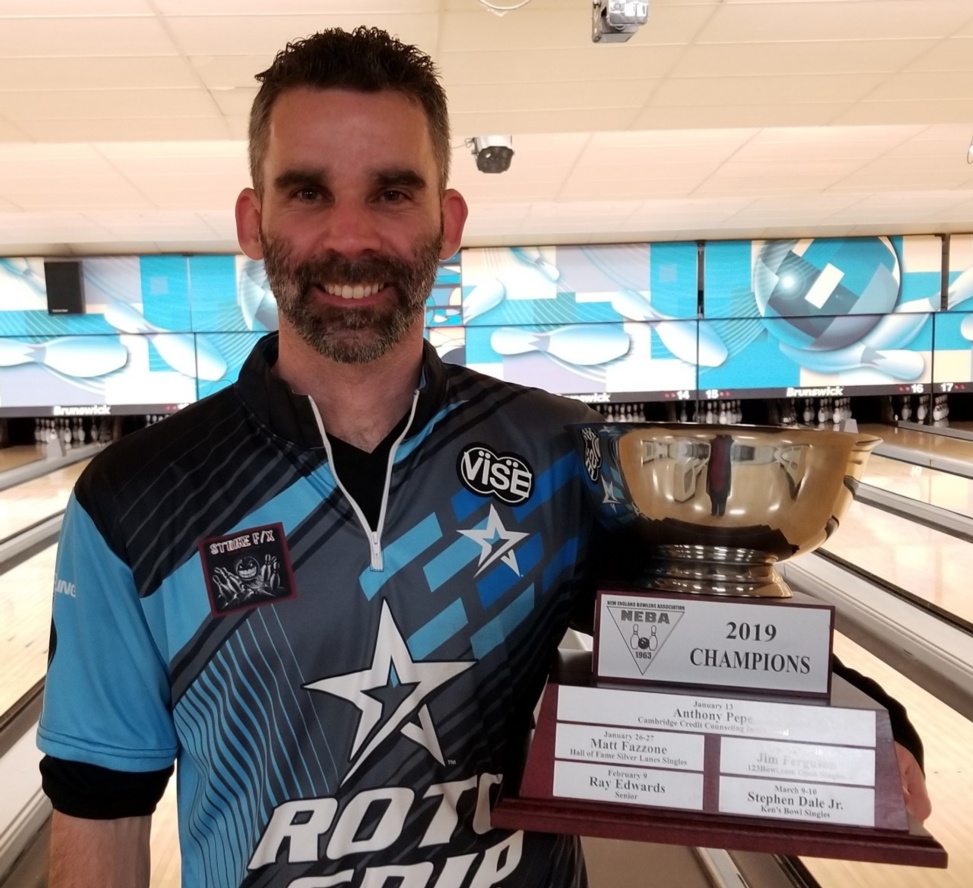 Jon started the day off qualifying 7th with a score of (1199) which helped him get a 1st round bye into match play. After round one was completed, Jon defeated Tony Bennett 197 to 182 to move into round three where he met Paul Smith. Jon continued his winning streak defeating Paul 235 to 190 moving him to the round of 8. This time Jon faced off against Lauren Hoffman defeating her 252 to 181 to move into the Semi Finals against Eric Copping. This was an exciting match coming down to the 10th frame where Jon defeated Eric 231 to 224 to move him into the title match against Jalen Scott-Jones. Jon found his line quickly and proceeded to win title # 13 with a score of 279 to 188.

Thank you to Rich Reynolds of Bowl Winkle's Pro Shop for your sponsorship and continued support of Neba along with a great host in Shawn McDowell of Apple Valley Bowl.