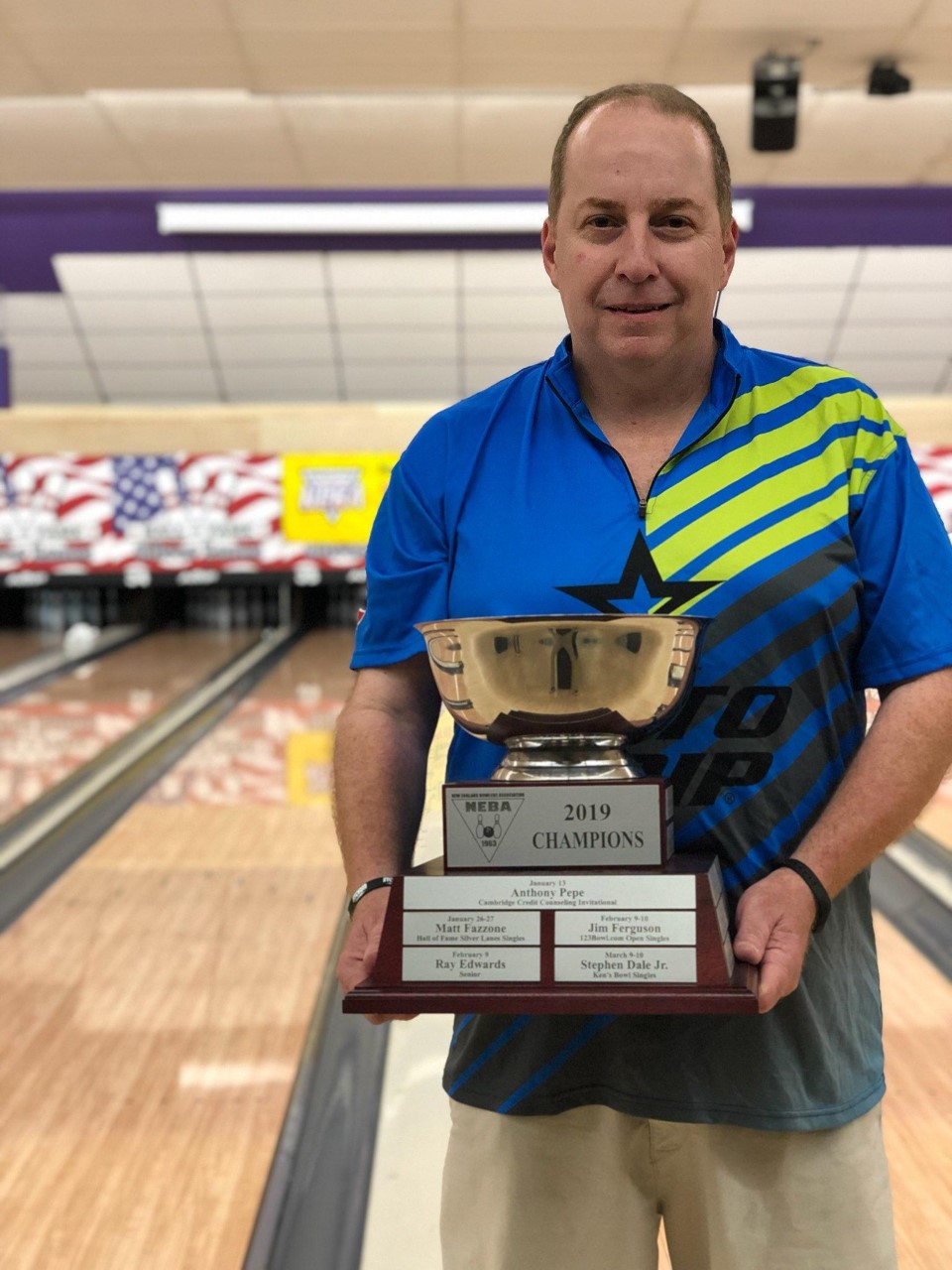 Brian Boghosian won his third senior tournament and thirteenth overall title after a 197-189 championship victory over Don Herrington at the Bloomfield Electric and Chester Electric senior tournament.  Brian qualified tenth with a 1040 out of the field of 57 for a spot in the 16 person bracket.  In match play, he defeated Chris Viale 257-188, Mike Klosin 180-156 then Glenn Smith 269-182 in the semi finals.  In the championship match, Brian opened early then followed up with five out of six strikes to take a ten pin lead.  He got up in the tenth needing to keep the ball on the lane for his thirteenth title and $930 top prize.  Bloomfield Electric and Chester Electric added $1,000 to the senior prize fund.