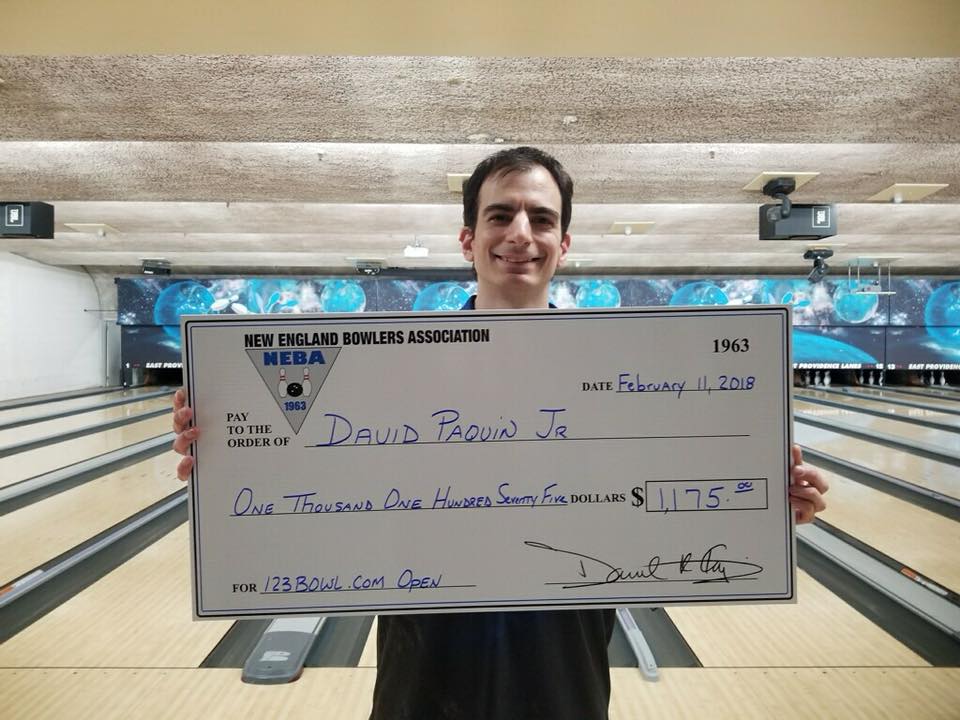 David Paquin Jr won his first NEBA title at the 123Bowl.com Open at East Providence Lanes.  His 1221 qualifying block earned his a spot in match play as the highest score on the at-large list.  He advanced the first round with a 257 then defeated John Kirker 215-210, Mike Berube 244-183 and Frank Bachard 256-247. David narrowly made it though the semi-finals with a 247-246 win over Kevin Thibeault to advance to the championship match.  He came out with a 224-214 victory over David Meyer to win $1,175 and a paid entry into the Brunswick Tournament of Champions for his first title.  Thank you to 123Bowl.com for sponsoring this great event. Visit 123bowl.com for great information and phenomenal bowling ball reviews.  David Meyer won $785 for his runner-up finish.