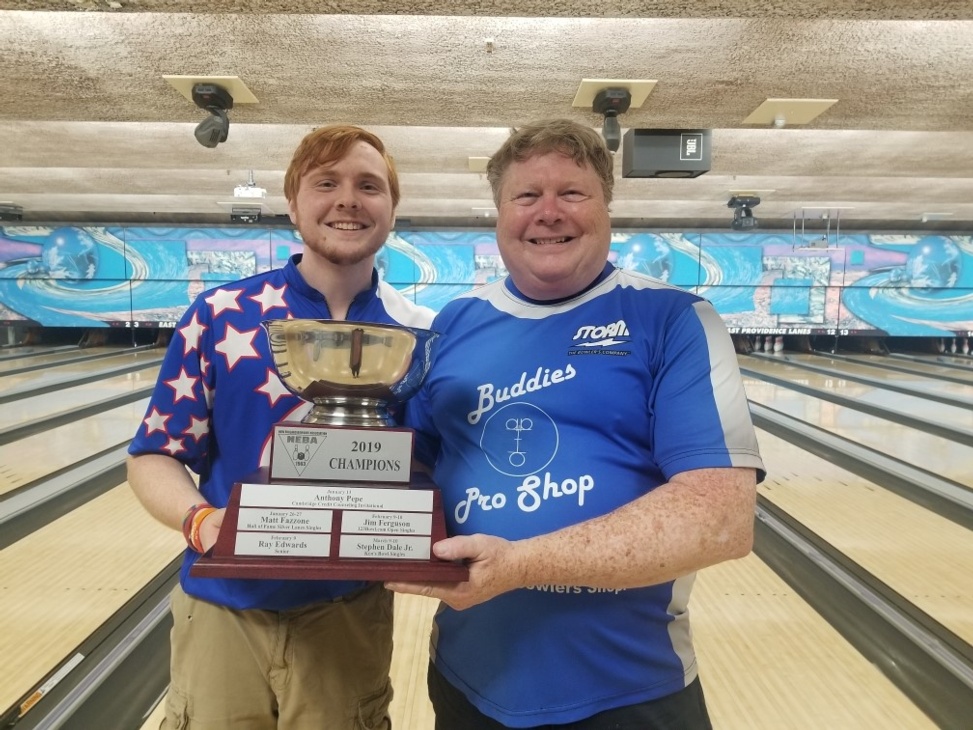 Andrew Hall & Bruce Hall became the first father and son to win a NEBA doubles tournament.  There is a history of family success at NEBA.  They joined Michael & Larry Lichstein and Jon & Kelly Van Hees as the only father and son with NEBA titles.  Joey and Roger Baral both shot 300 in a 2010 doubles tournament to become the third father son duo in USBC to accomplish that feat.  Andrew & Bruce shot a big last game to grab the last spot in match play with 2059. They dominated match play averaging 241 compared to the field average of 215 and shooting the highest 2-game baker score each round.  The championship match was their closest as they defeated Mike Dupuis & Alex Aguiar 486-462.  This was the fourth title for Bruce and first for Andrew.  They split the $1,120 first place money and each have a spot in the Brunswick Tournament of Champions.