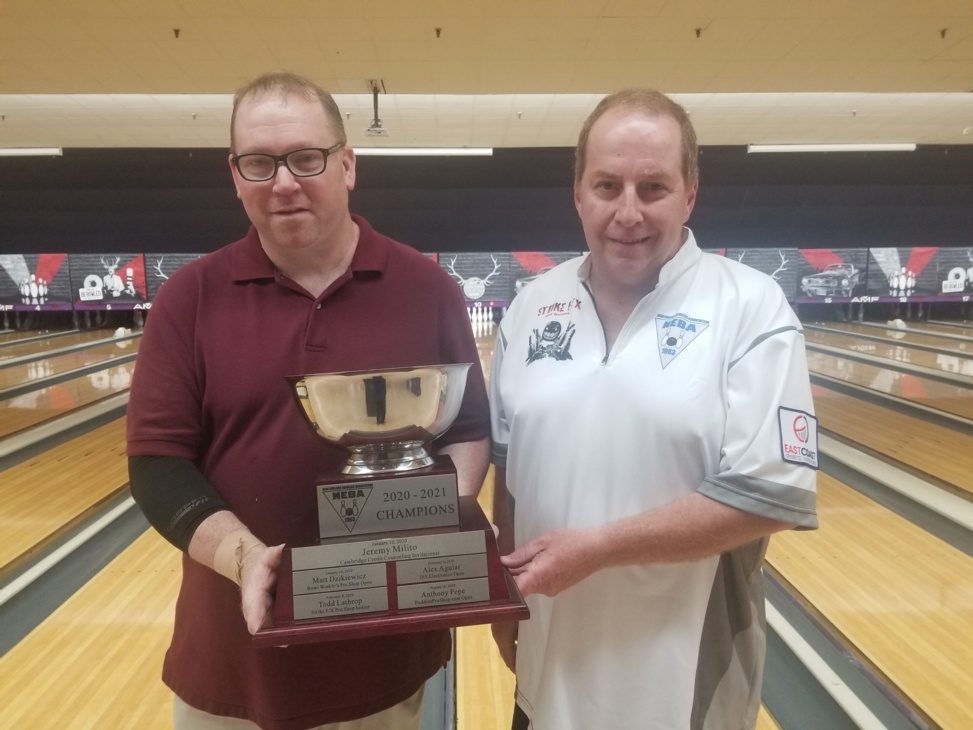 We had a great weekend at AMF Cranston Lanes thanks to our sponsors and all the NEBA Bowlers.

Brian Gaskill & Brian Boghosian took home the title on Saturday at the East Coast Sports Investors Over/Under 50 doubles. After qualifying 6th with +147 for 6 games, they shot the highest score in round 1 to win 493-485 over Fiztsimons & Dzikiewicz, then moved on to the Championship match after a 468-437 victory over Field & Scianna. The championship match was closer then the final score shows. Going into the tenth either team could have won. Brian Gaskill continued his impressive performance throwing the first one in the tenth, giving him ten in a row, then went 8/ for a 288. When Elsass & Calca opened, it became a 491-420 win. This is Hall of Famer Boghosian's 14th title and gives him wins in 4 decades. It was Gaskill's 3rd win over 3 decades.

Thank you to East Coast Sports Investors for sponsoring this the tournament. Check out what they offer on their website.