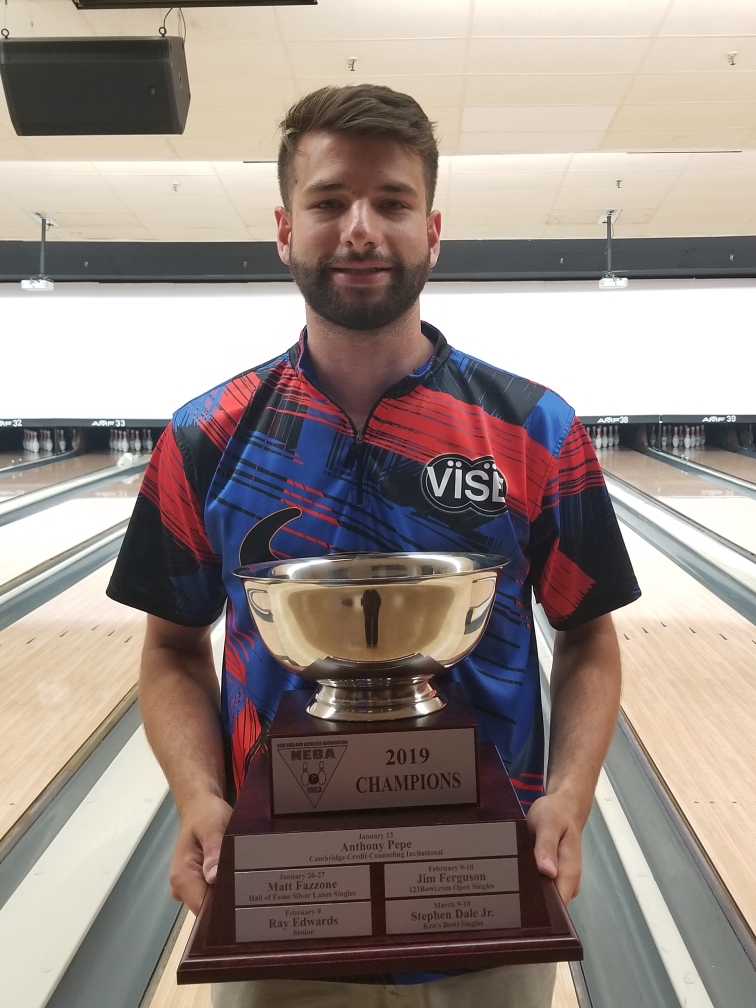 The Carol Ann Viale Memorial Tournament presented by Savage Arms was at AMF Chicopee Lanes over the weekend.  Charlie Viale threw the first ball in honor of his mom then many games and hours later, Jake Rollins threw a shot in the tenth to lock up his first NEBA title.  While many bowl years and sometimes a lifetime with the goal of winning a NEBA, it only took Jake two tournaments to earn his title.  In Chicopee, Jake shot 1022 on the Sunday morning squad then reentered the last squad to qualify for match play with an 1145 which was eleventh out of the 171 entries.  After a one round bye, he defeated Tyler Perry 210-160, Justin Urbano 215-177, Alex Aguiar 195-171, Tommy Tkacz 206-174 and Bill Webb 233-184 in the championship match to earn the $1,380 first place prize while Bill won $950 for his runner-up finish.  $500 was added to the Carol Ann Viale Memorial Sponsored by Savage Arms.  Thank you to all our sponsors and the staff at Chicopee Lanes.  Next up is a big weekend in Keene with two big tournaments and fun off the lanes.