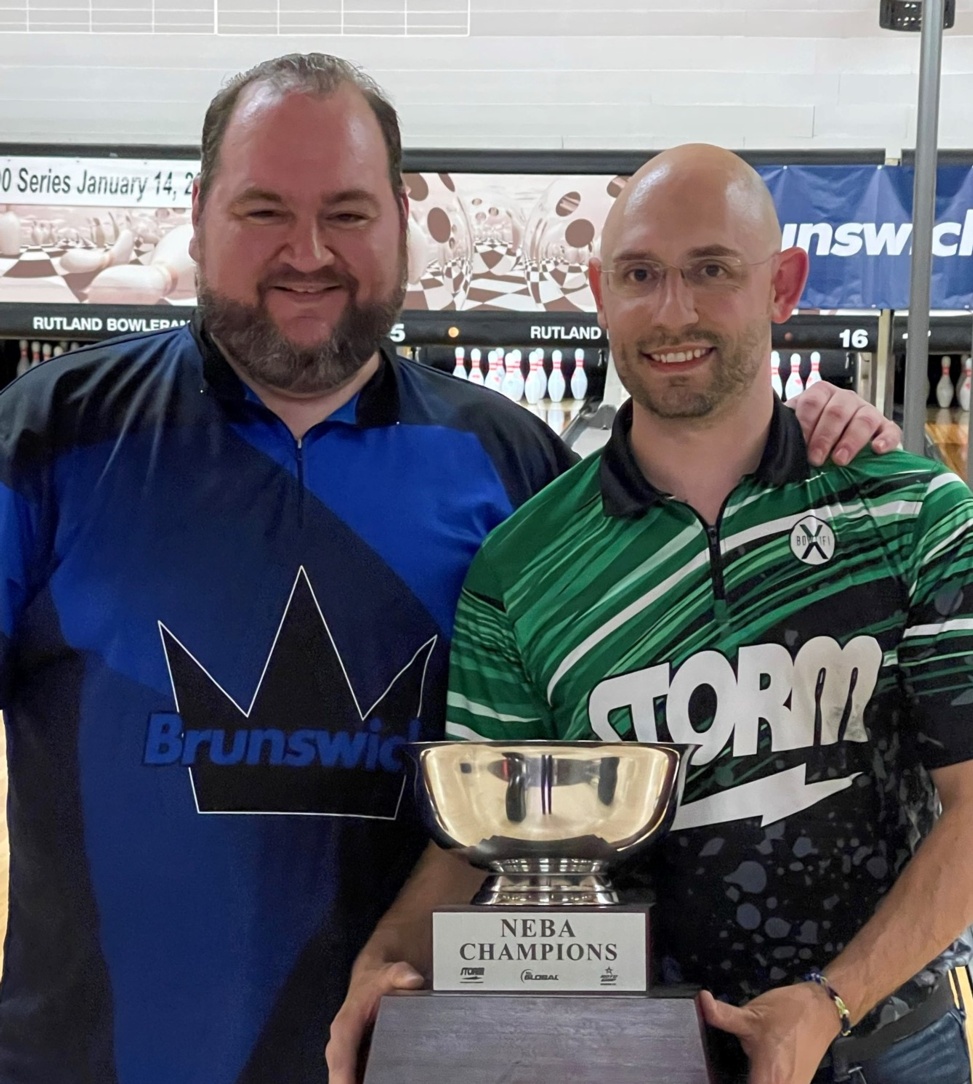 Jay Johnson is having quite a start in 2022. Over the weekend he won his third tournament of the year at the Green Mountain Open Singles in Rutland, VT. Jay qualified for match play off the 9AM squad with 1156. He was third on the squad and seventh overall which gave him a bye the first round of match play. En route to the final match, he defeated champions Ditto Fitzpatrick 188-185, Matt Fazzone 207-168 and John Kirker 241-196 in the semis. Jay bowled amazing in the championship match for a 244-193 win over Ryan Ladlee. The right-hander won $1,200 for his latest win.

There was $1,500 added by local sponsors Rutland USBC, Black Dog Shooting and Rutland Bowlerama which created a nice prizefund for the 24 finalists.

Thank you to Jon Wilbur for hosting the first tournament in NEBA's 59 year history in the state of Vermont and all the extra work he put into the event! Also to the staff at Rutland Bowlerama.

The next tournament is another first for NEBA - a one day youth tournament. The youth bowl on Saturday, June 4 with four divisions (U15B, U15G, U18B and & U18G) plus $600 in SMART money added. Saturday night, June 4 starts the Savage Arms Singles at 6PM with squads on Sunday, June 5 in Chicopee, MA.  The Savage Arms Singles is the 3rd event for the $10,000 Paul Forry Memorial Series and 3rd event for the BowlingSeriously.com Women's Series. Reserve your spot now to be part of another exciting weekend!