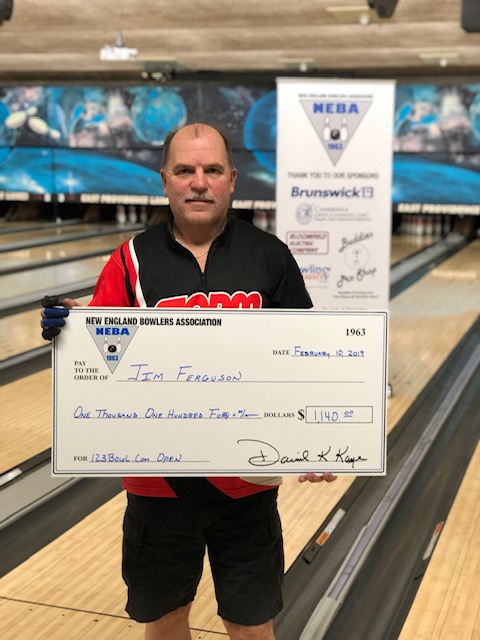 Jim Ferguson won his second NEBA title at the 123bowl.com Open in one of the most exciting title matches we’ve ever witnessed. Jim threw three clutch strikes in the 10th frame to tie champion Gary Haines at 215. In the 9th and 10th frame roll-off, Gary threw a great shot and left a 7 pin, which allowed Jim to seal the deal by throwing three flush strikes to take the title. It was Jim’s first title since 1997 and one that he’ll be sure to remember.

Clear your schedules for our next tournament March 9-10 at Ken’s Bowl in Pittsfield, MA!