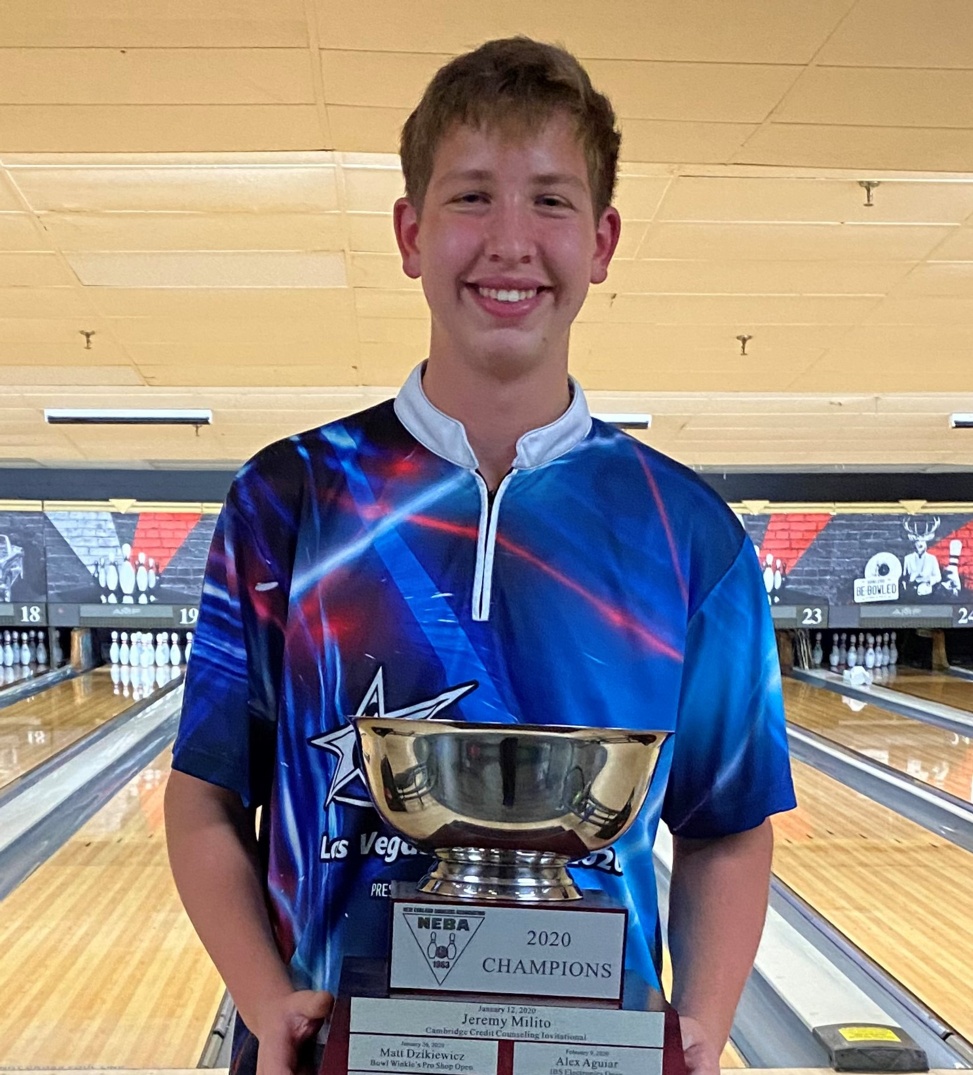 High school junior Kyle Perillo became the youngest bowler to win NEBA.  The powerful lefty bowling also accomplished something few have by winning the first tournament he entered.  Kyle shot 1162 then 255 in the eliminator round and defeated three champions champion Ian Lang 265-215, Matt Fazzone 257-216 and Anthony Pepe 225-215 for a spot in the championship match.  He continued to show no nerves by starting with six strikes; resulting in a 234-194 victory over Aaron Major.  Kyle is one of three 16 year olds who won NEBA since rules changed in January 2011 to allow youth bowlers to compete and earn SMART money.  Before that two 17 year old adult members had titles.

The youth held the spotlight over the weekend with another 16 year old, Randal Dunbar, leading qualifying with 1297.

Thank you to John Zawalick of DJ's Pro Shop in AMF Auburn Lanes for donating a ball which NEBA raffled off with benefits going towards the Bowl for the Cure fundraiser.