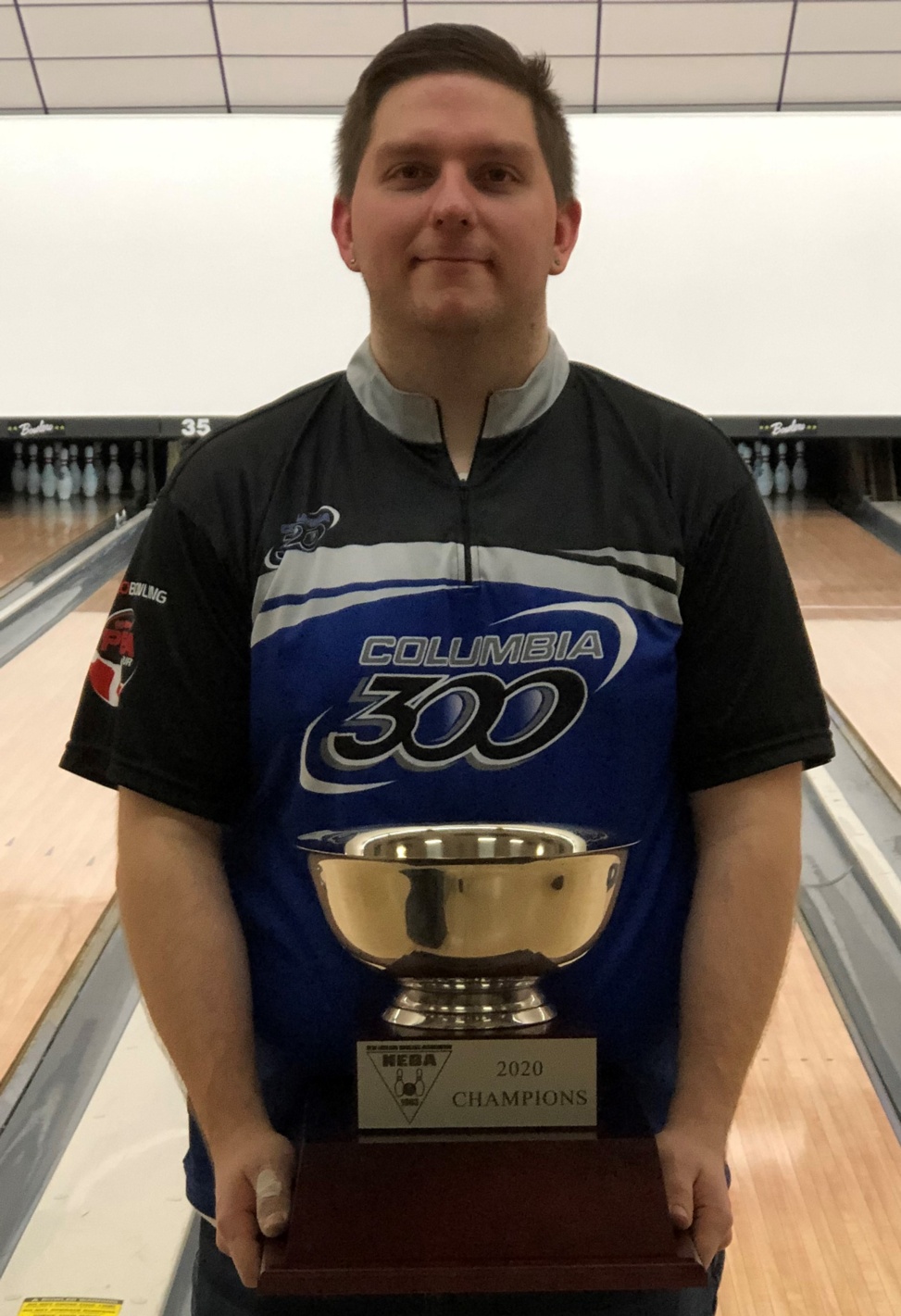 Matt Dzikiewicz won his second title at the Bowl Winkle's Pro Shop Open.  Matt earned a spot in match play by leading the Sunday morning squad with 1213.  As the #2 seed, he received a one round bye then defeated Bill Beck 245-210, Steve Bova 205-181, Paul Smith 216-208 and Paul Bajorski 234-222 in the semi finals.  In the championship match against champion Ian Lang, Matt started with a double plus another double in the middle of the game while Ian struggled to double.  This gave Matt a 29 pin lead.  Ian made things exciting doubling in the 8th and 9th frames.  Matt could have locked up the win with a strike in the tenth but left a 4 pin.  This gave Ian a chance to win with a double.  Ian's high shot on the first ball in the tenth, gave Matt the win.  He won $1,700 plus a paid entry into the 900 Global Tournament of Champions while Ian took home $1,100 for his runner-up finish.  Thank you to 3 time NEBA champion Rich Reynolds at Bowl Winkle's Pro Shop.  You can visit the shop in Plantsville, CT inside of Apple Valley Bowl.