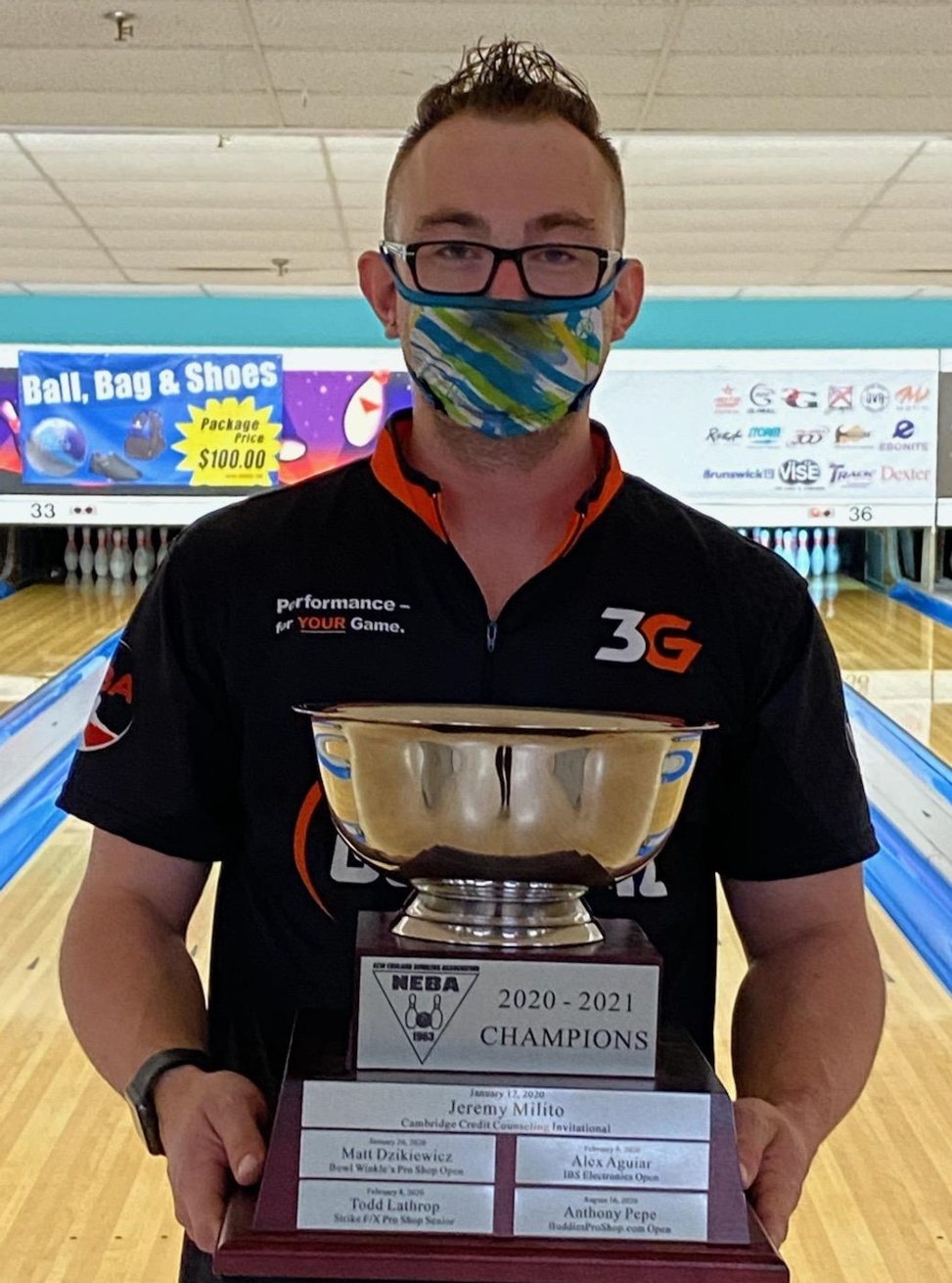 Matt Fazzone won his second NEBA at Nutmeg Bowl over the weekend.  Matt was second on the sold out Sunday morning squad with an 1133.  During the finals, he averaged 223.6 on the lower scoring pattern to earn a spot in the championship match.  Matt took home the $1,500 first place prize with a one pin win over Jesse Gibson 197-196.  Jesse won $1,000 for his runner-up finish.  A big thank you to Chris Forry for his continued support of NEBA.  $1,500 was added to this tournament prize fund and $1,500 will be added to the 2020-21 annual awards thanks to BuddiesProShop.com.  This support along with other sponsors and our members combined for two sold out squads and 219 entries.