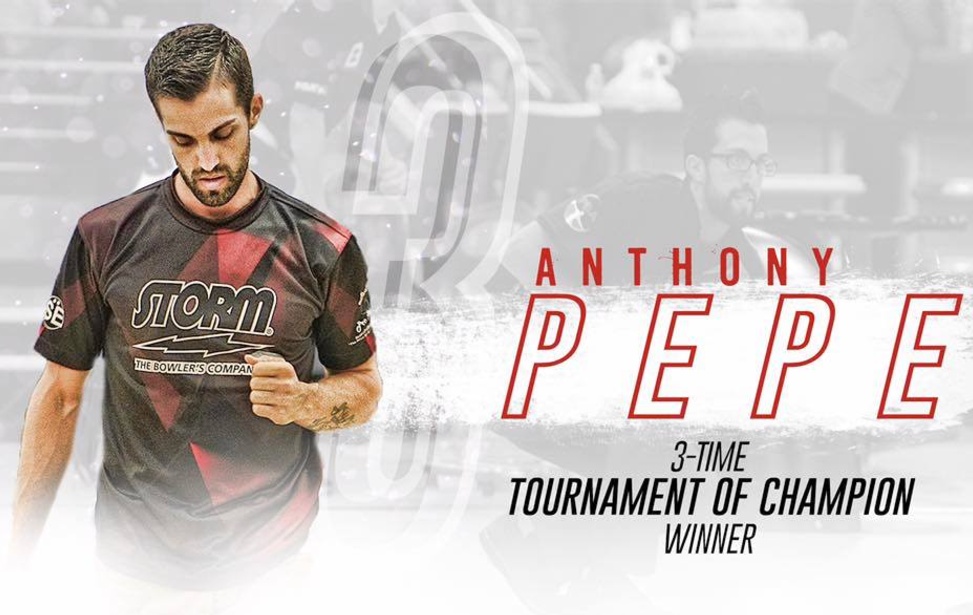 Anthony Pepe became the first bowler in NEBA history to win three Tournament of Champions titles. Going into today, he was part of a group of four with accomplished this feat twice. Those four with years are Dick Millward (inaugural year of '93 & '95), RJ Broege ('08 & '09), Steve Blanchet ('01 & '14) & Anthony Pepe ('12 & '15). In the championship match, Pepe shot an amazing 565 for two games against '05 TofC Champion Chris Monroy. NEBA history was also made with a record number of entries. 81 champions competed on the 35' pattern which surpassed the previous record of 66 entries. Twenty-Four advanced to match play for the first time since the 25 years of the tournament. A big thank you to Brunswick for sponsoring this event and adding $2,500 to the prize fund.