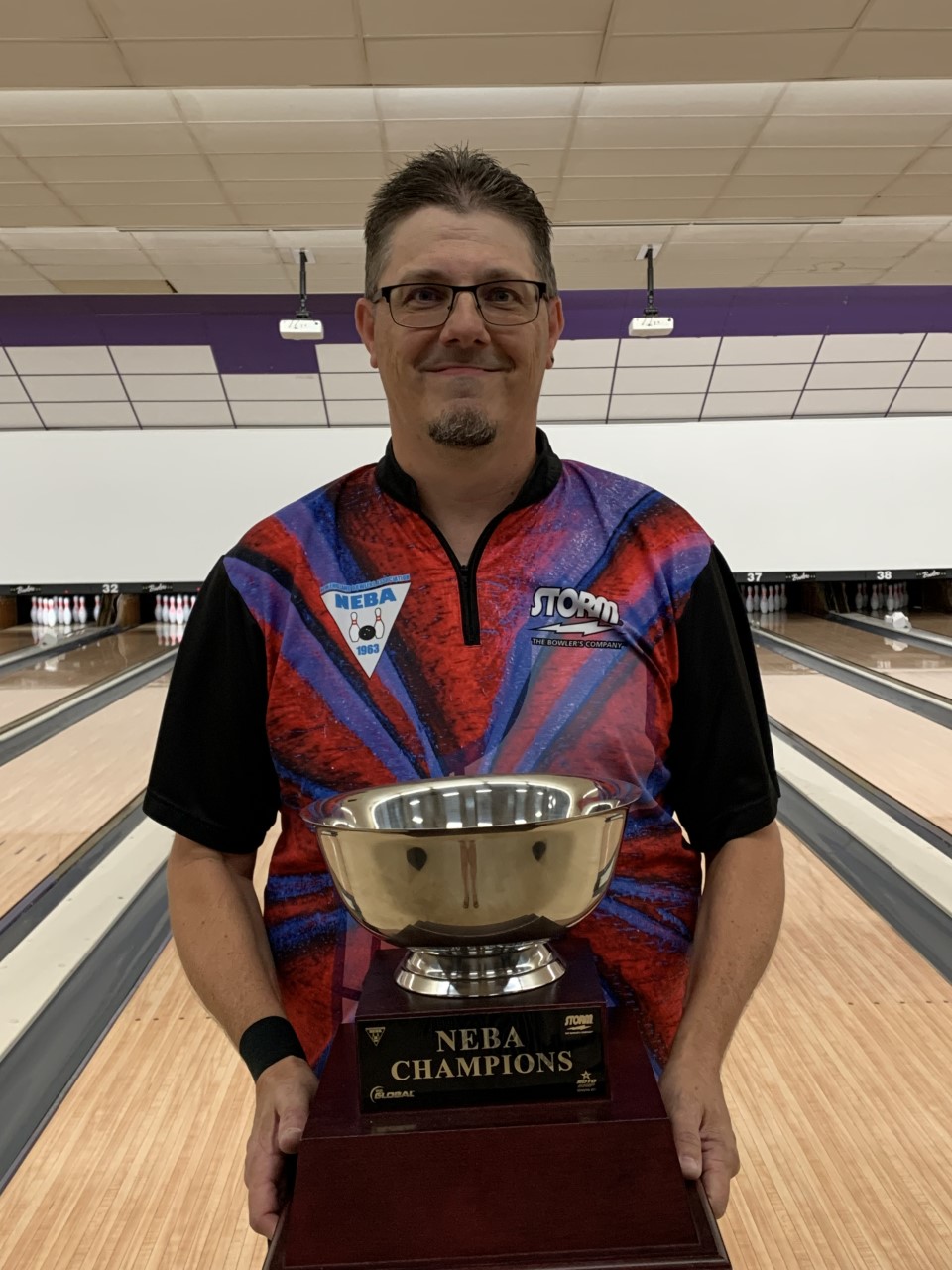 Steve Blanchet won his first senior and sixth overall NEBA title with a win at the Chicago Sam's senior singles tournament at Hall of Fame Silver Lanes. Steve shot 1165 for five games to earn the #4 seed in the 12 person bracket. After a one round bye, he defeated Roy Vanderbogart 207-194, #1 seed Tom Solimine 290-245 then a close 245-238 championship match against Chris Sole.  Steve won $700 plus a paid entry into the Storm Bowling Tournament of Champions in December. In 2001, Steve was the first person to win the non-champions tournament on Saturday then come back the next day and win the Tournament of Champions. Since then he has won a Masters, a Doubles and another Tournament of Champions.