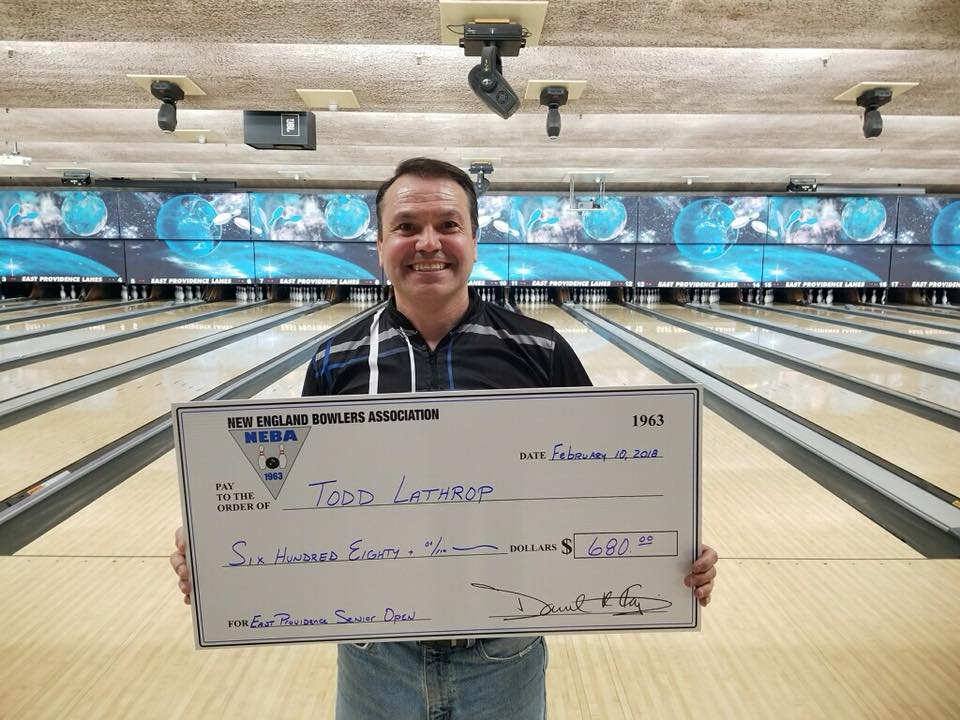 Todd Lathrop on the Senior tournament at East Providence Lanes after defeating Joe Talarczyk 279-235 in the final match.  After qualifying second, the right-hander defeated Bill Daley 279-232, Gerry Fortier 223-202 and George Tignor 248-199 to earn a spot against Joe in the championship match. Todd continued his shot making and striking to take home $680 and a paid entry into the Brunswick Tournament of Champions for his eleventh title.