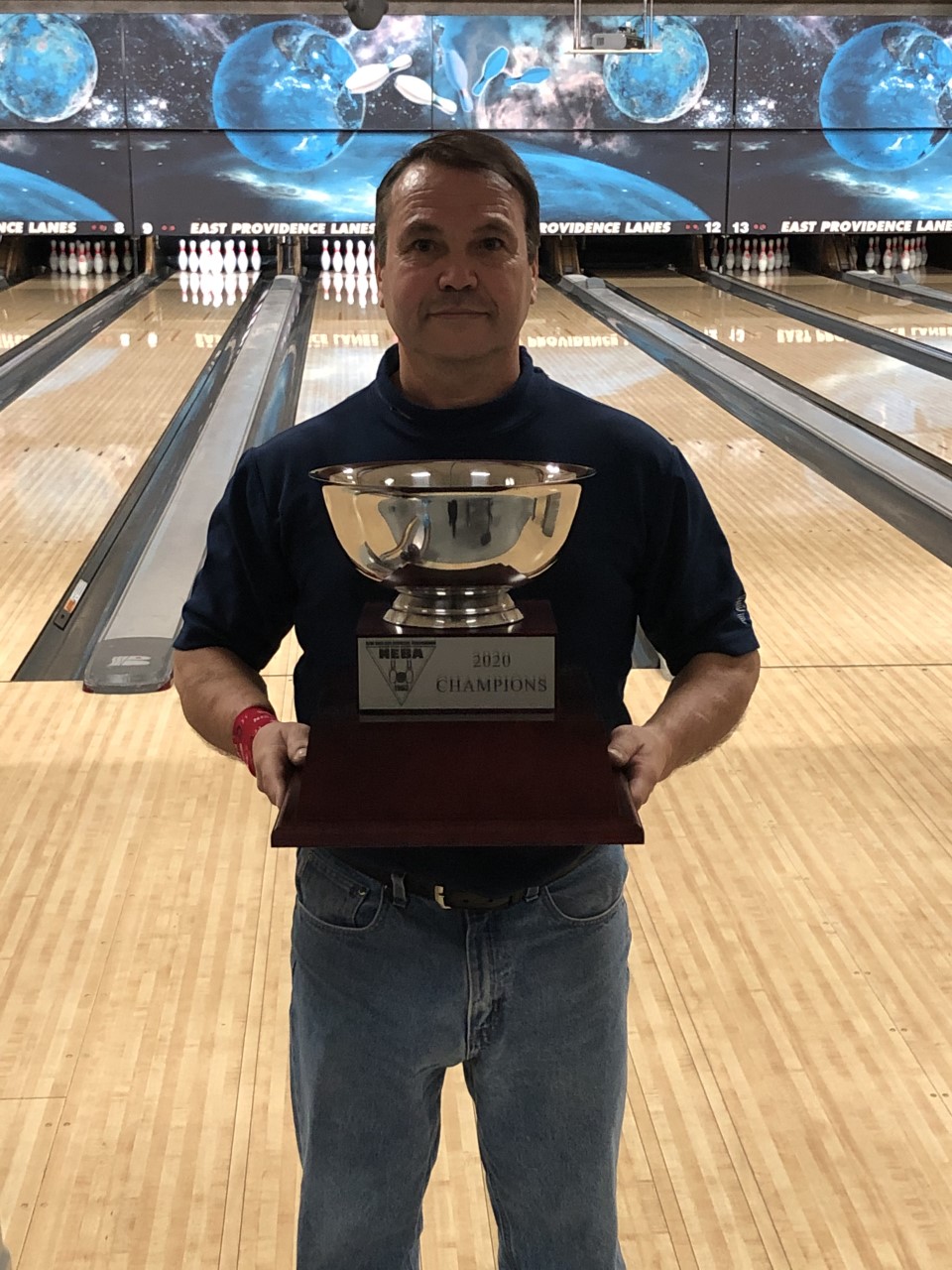 Todd Lathrop defended his senior title in an exciting championship match roll-off after tying with Mike Dupuis with a 236.  Todd won the ninth and tenth frame roll-off with a perfect 60 to Mike's 40.  Todd qualified as the 5th seed then defeated Jim Ferguson 225-205, Chris Viale 256-236 and Steve Chiarella 265-242 in the semi-finals of the Senior Open sponsored by Strike F/X Pro Shop.  He took home $670 plus a paid spot in the 900 Global Tournament of Champions in November for his 12th NEBA title.  This was Todd's third senior tournament win.