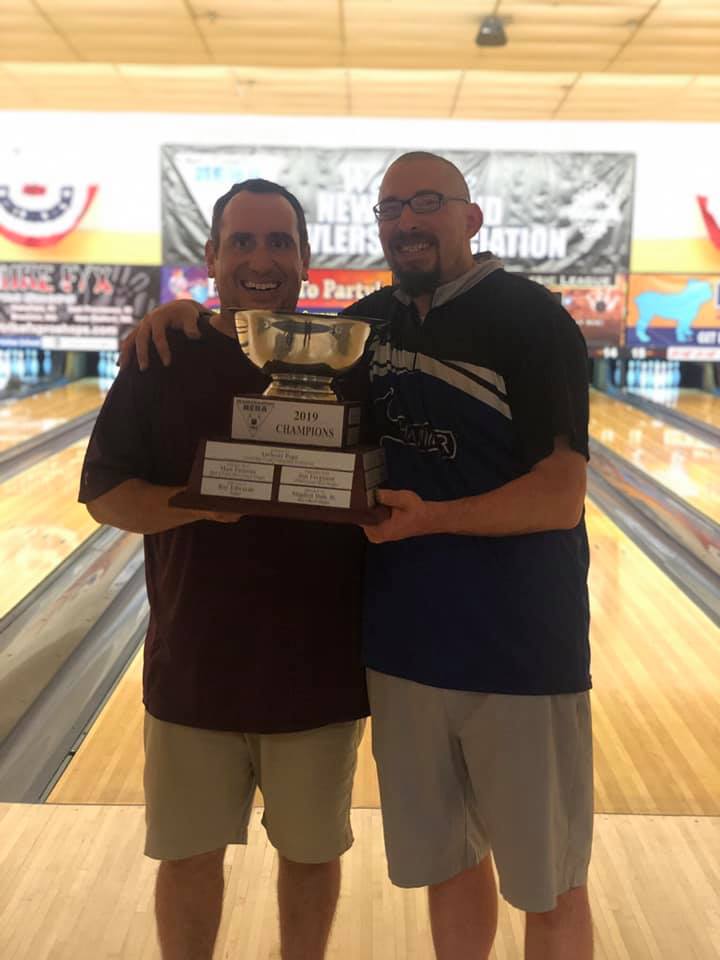 Joey Transue & Shawn Semonelli dominated the Yankee Lanes doubles tournament on Saturday.  They led the 65 tea, field during the four game qualifying block with 1965 then kept up their high scoring making it through each of the eliminator style rounds in the finals throwing games of 461. 459 and 455 in the semi-finals.  In the final round, the duo defeated Bill Beck & Jon Matunas 435-380 to give Joey his sixth title and Shawn his first.  They split $2,100 and each received an entry into the Brunswick Tournament of Champions.  The win was special to Joey since it gave him enough points to be eligible for the NEBA Hall of Fame!  He will be inducted this coming January at the Annual Awards and Hall of Fame dinner January 11, 2010, which is the Saturday night before the Invitational.  A big thank you to Jeff and his staff at Yankee Lanes for providing the food for the Social and Poker Game at the Elks Lodge on Saturday night.  If you have not been up to Yankee Lanes, make sure you put it on your schedule in the future.