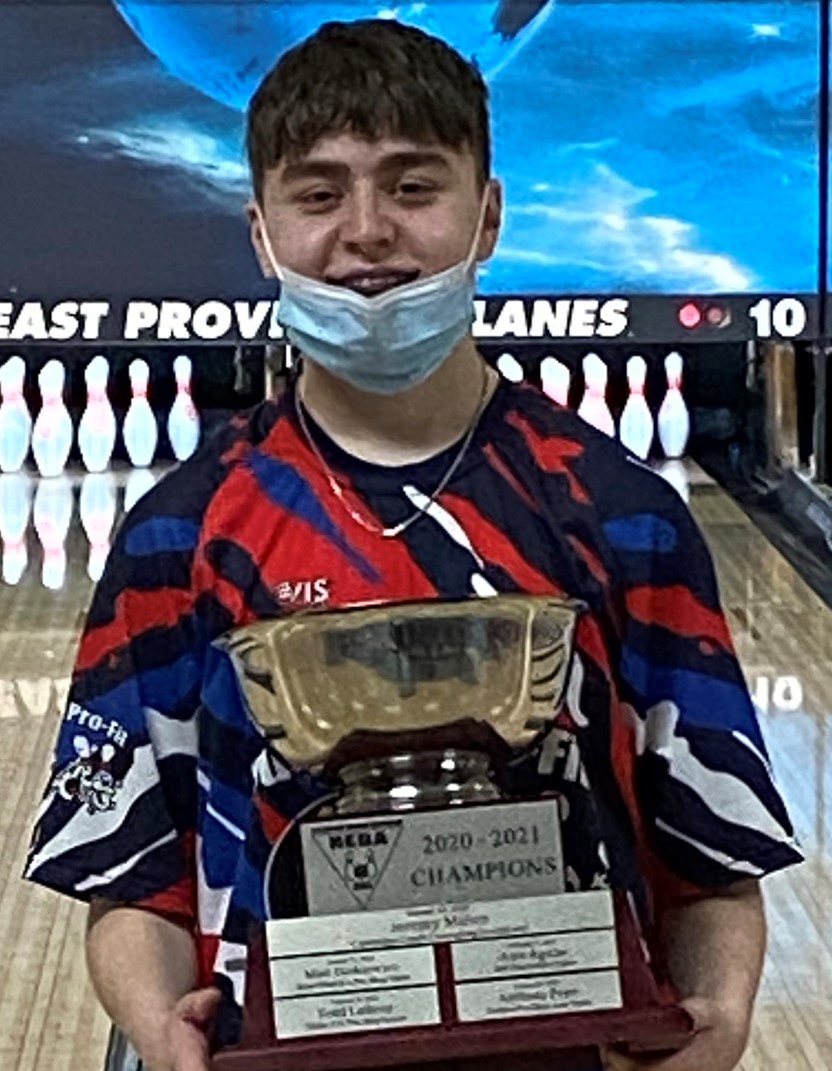 Randal Dunbar became the fourth to win NEBA at the young age of 16.  Randal started Sunday with an 1186 on the morning squad which was 12th and gave him a spot in the finals.  His 252 advanced him through the first eliminator round then he narrowly defeated the most winning bowler in NEBA history Mike Lichstein 236-235, Jaymson Mathieu 257-213, Donie Corneau and NEBA Hall of Famer Brian Boghosian 222-215 in the semi-finals.  Randal showed no nerves in the championship match and continued striking to defeat Justin Urbano 265-173 to win his first title, $1,200 in SMART money, an entry into the Storm Tournament of Champions and a an iAM Bowling champion jersey.

The area youth are showing their talent.  Two tournaments prior in October, Randal lead qualifying with 1297 and Kyle Perillo became the youngest to win NEBA.

Randal is one of four 16 year olds who won NEBA since rules changed in January 2011 to allow youth bowlers to compete and earn SMART money.  Before that two 17 year old adult members had titles.

Thank you to East Providence Lanes for hosting this event and long time sponsor Strike F/X Pro Shops.  You can visit one of their six shops in Brockton, New Bedford and Somerset (MA) and Cranston East Providence and Wakefield (RI).